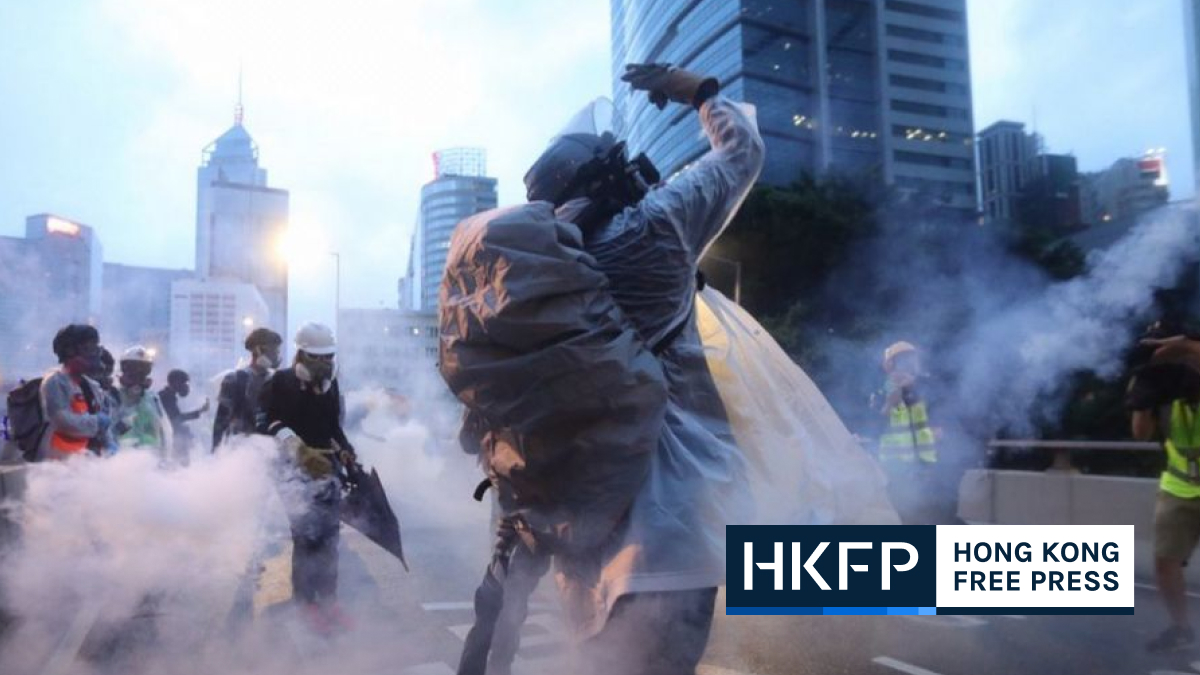 The case of seven members of the Returning Valiant group – including four minors – has been adjourned until the end of January pending approval of legal aid. The group faces charges of conspiracy to incite subversion. Meanwhile, a 15-year-old defendant’s request for anonymity has been denied because she will be 16 next week, the judge said.

The accused were Yuen Ka-him, 16, Choi Wing-kit, 20, Leung Yung-wan, 16, Chan Yau-tsun, 25, Tseung Chau Ching-yu, 16, Kwok Man-hei, 18 years old, as well as the 15 year old girl. They were indicted in late September under Articles 22 and 23 of the National Security Law for instigating others to overthrow or undermine the governments of Hong Kong and China with or without the use or threat of force, as well as Articles 159A and 159C of the Conspiracy Crimes Ordinance.

A total of 15 members of the group were arrested for alleged possession of explosives and material bearing independence slogans between May and September. Seven of them – not included in the present case – have been charged with conspiracy to commit terrorist activities, including two 15-year-olds. Four other people have been charged with burglary of a school in Tseung Kwan O.

They were remanded in custody after bail requests were rejected at the end of September by a magistrate.

The 15-year-old defendant and Chan Yau-tsun appeared on Thursday without legal representation. District Court Judge Stanley Chan heard and approved all seven requests to adjourn the case until the end of January, as their legal aid requests are still being processed. None of them asked for bail.

Just before the court dismissed the defendants, a lawyer for the second defendant Choi spoke quickly to the 15-year-old defendant through the window of the platform before the latter raised her hand to ask the judge to grant a order of anonymity, as she is currently under the age threshold as a minor, but will be 16 next Tuesday.

In a stern tone, Judge Stanley Chan berated the lawyer for communicating with an accused who was not their client without his approval. “You have just violated at least two rules of professional conduct,” he said. “You can’t do what you want to do.” The lawyer then apologized and said she had acted recklessly, fearing that the accused would forget to submit the request before the court withdrew. Chan said he would drop the case, but denied the request for anonymity.

Hong Kong laws prohibit revealing an accused’s name when they are under the age of 16, but once they reach the age of 16, the anonymity protection will no longer apply unless let a judge order it.

“I will not grant the order of anonymity because you will soon have your birthday,” Chan said.

In a courtroom filled with nearly 100 young friends, relatives and defendants’ defense lawyers, several shouted “happy birthday” before the defendants were whisked off the dock.

If found guilty by the district court, adult offenders can face a maximum sentence of seven years behind bars. Under the Juvenile Offenders Ordinance, defendants between the ages of 14 and 15 should not be sentenced to prison terms if they can be treated in any other way. However, this can be replaced by the National Security Act, which states that offenders can be sentenced to up to 10 years in prison for serious offenses.