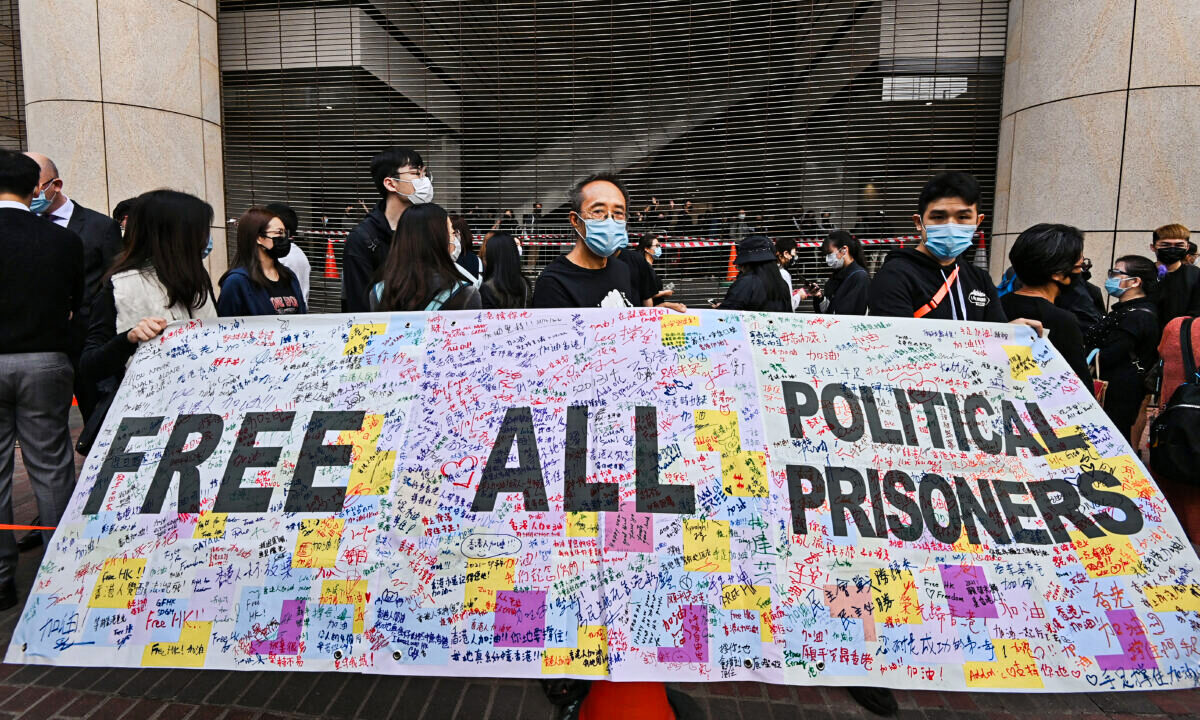 On November 11 last year, District Court Judge Stanley Chan Kwong Chi found Ma guilty of “inciting secession.” From August to November 2020, Adam Ma publicly shouted slogans such as “Free Hong Kong, the revolution of our times” and “Hong Kong independence, the only way out.” He was arrested on November 22 and given a long sentence at trial by Chan.

The appellant pointed out that Judge Chan did not objectively analyze the impacts of Ma’s case on Hong Kong, the reasons for the sentencing decision were subjective and opinion-oriented, such as thinking that the defendant had committed the crime to “show off” and “feel good”. on itself”, but these reasons do not affect national security.

The caller further pointed out that Ma did not have a detailed plan or organization and instead only shouted popular slogans with vague content, therefore, this matter was less serious and n has not reached the level of seriousness justifying a sentence of more than 5 years.

The respondent pointed out that although there is no evidence that Ma used violence, through his actions, including chanting in public and online, calling for secession and proposing specific actions such than the “three strikes”, the acts of the accused are no less serious. that Tang Yingjie’s case and some circumstances are even more serious than Tang’s case. Therefore, said the respondent, 5 years imprisonment is the minimum, even if the court considers the starting point to be 5 years, the final sentence should not be less than 5 years imprisonment after deducting the time served.

The judge decided that since this is the first appeal relating to the national security law, the final verdict will be given on September 5.

Before sentencing, Adam Ma wrote a long letter in which he said he made his living delivering food and had no aspirations until he came across a speech by Edward Leung Tin-kei. He was very touched and felt responsible for this land: “For the first time, I have a dream”, he writes.

“I have no shame and no regrets for what I did…I will do my best and do everything to fight for the dream I believe in and the glory of Hong Kong.”

Adam Ma is the second protester to be sentenced since the implementation of the national security law in 2020. The defendant in the first case, Tang Yingjie, was riding a motorbike with a flag printed with the slogan “Free Hong Kong, the revolution of our time” on July 1, 2020. He hit three police officers who were trying to arrest him. He was sentenced to 9 years in prison on July 27, for “incitement to secession” and “terrorist activities”.

In Tang’s case, the interpretation of “Liberate Hong Kong, the revolution of our times” was controversial, and the court eventually ruled that it could have secessionist meanings and incite others to secede. After the slogan was taken as evidence of the crime of incitement to secession, it was the first case of indictment of a crime of words and phrases, under the national security law.

Shawn Lin is a Chinese expat living in New Zealand. He has contributed to The Epoch Times since 2009, with a focus on China-related topics.