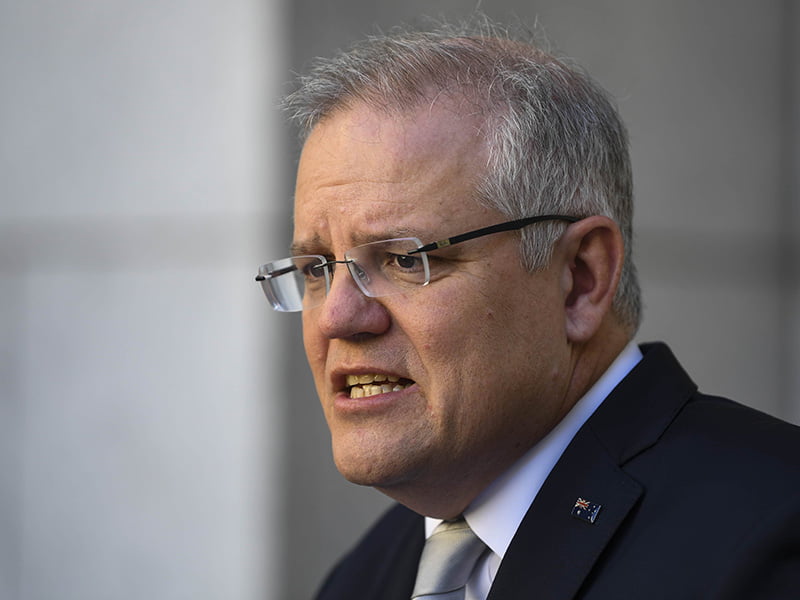 Critical technologies in the spotlight on national security

Quantum computing, artificial intelligence, cybersecurity services and autonomous vehicles will be the subject of increased government scrutiny, particularly with respect to foreign interference, as part of the federal government’s new framework and action plan on critical technologies.

The plan “aims to balance the economic opportunities of critical technologies with their risk to national security.”

“The technologically advanced nations have greater economic, political and military power. And in turn a greater ability to influence the norms and values ​​that will shape technological development in the years to come, ”Mr. Morrison said in the speech.

“Australia’s future security and prosperity depends on our participation in the technological revolutions that are shaping the world. The plan sets out a vision for the protection and promotion of critical technologies in our national interest.

“It aims to balance the economic opportunities of critical technologies with their national security tasks and it gives us the right framework to work nationally and with like-minded countries to work to further develop these technologies.”

It includes a list of 63 critical technologies and nine areas of initial interest. Technologies included in the list will not immediately come under increased regulation, but are flagged as being on the government’s radar and potentially subject to further scrutiny in terms of foreign interference and investment.

“The list signals to government, industry and academia which technology is considered critical for Australia today or which is expected to become critical in the next decade. With this signal, we intend to foster consistency in decision making and focus our investments, ”said Mr. Morrison.

The list was created using an “advanced foresight capacity” within the Defense Science and Technology group and consultations with various stakeholders, including Universities Australia.

“Australia’s ambition to promote and protect the sovereignty of intellectual property and assets is strongly supported by our members. It is essential for Australia’s economic and social well-being that we strike the right balance between working with global partners and understanding Australia’s own needs and priorities.

The plan lists several risks associated with critical technologies, including a lack of competitive and diverse markets, highly geographically concentrated supply chains, undermining of institutional integrity and the exploitation of Australian knowledge.

The new list and increased scrutiny of these technologies appears to be pointedly aimed at China’s growing technological powers, and an additional effort to discuss or prevent universities and researchers from collaborating with China on national security technologies, following the changes to foreign investment laws earlier this year.

“We will put Australia’s national interest, including its prosperity, security and social cohesion, at the heart of all critical technology investment and funding decisions,” the plan says.

“The risks associated with some forms of foreign investment have increased and evolved in a context of rapidly changing technology and the geopolitical landscape. The government will also continue to ensure that balanced and ongoing policies, controls and due diligence procedures – which screen and mitigate holistic risks to the national interest – apply to its own investment and investment decisions. supply. “

The new Critical Technologies Policy Coordination Office, housed within PM&C, also released an action plan to operationalize the master plan, saying that for each of the critical technologies on the list, the government will apply an “analytical framework. rigorous in determining where policy gaps exist or may emerge ”.

The action plan lists four types of options available to the government on these issues, ranging from plans and plans to restrictions and new laws.

In particular situations, the federal government will seek to directly regulate economic and social activity, or divert resources from areas previously supported by the private sector, and establish sovereign capacity in critical technology, as it pursues. with a national mRNA vaccine manufacturing capability.

The Prime Minister used the speech to try to divert attention from the controversial AUKUS deal with the United States and the United Kingdom on other critical technologies rather than on submarines, which should not be used before the 2040s.

“To state the obvious, AUKUS is much more than nuclear submarines. AUKUS is a broad and adaptable partnership that will drive our technological and capability cooperation to meet the challenges of the 21st century in our region, the Indo-Pacific region, ”said Mr. Morrison.

The initial focus will be on artificial intelligence, quantum technologies and underwater capabilities, and ministry officials have 90 days to report on a work plan for these technologies. The AUKUS agreement will involve the exchange of information, personnel and advanced technologies and capabilities between the three countries.

The blueprint and action plan come just days after the government unveiled new voluntary critical technology supply chain principles, which include a recommendation for companies to consider and seek guidance on influence from foreign governments on their technology providers.

Do you know more? Contact James Riley by email.