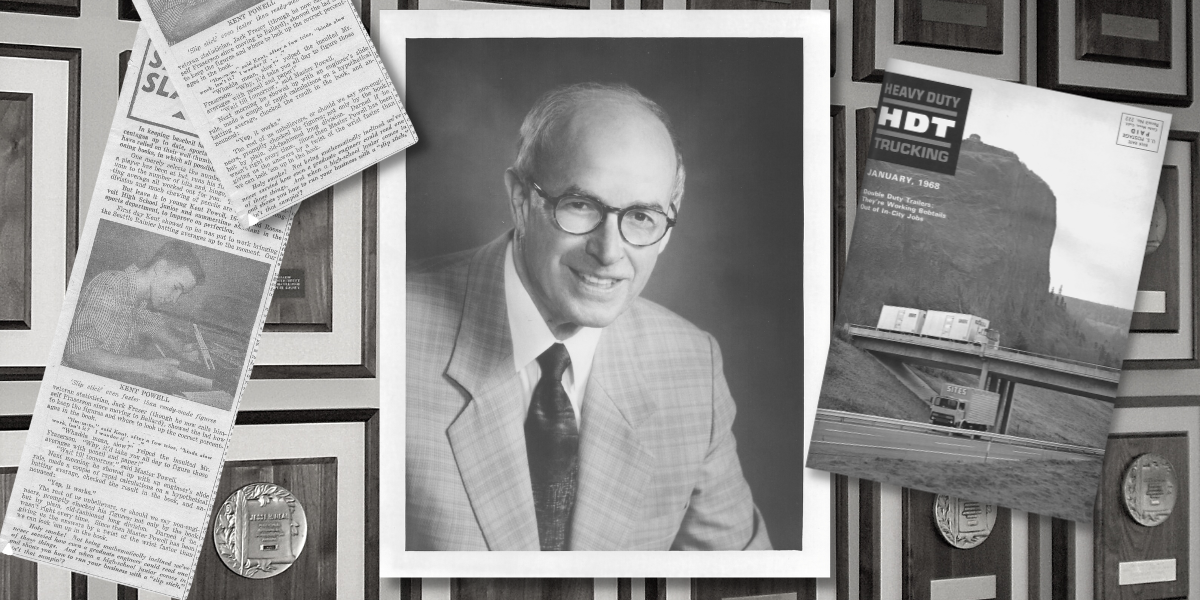 Death of Kent Powell: the man who designed the HDT – Fleet Management

Powell was a reporter for the Seattle Times in the 1960s when Western Trucking, a small regional publication, was struggling. He was hired to manage it, and in 1968 he took over national publication with a new name (Heavy Duty Trucking), a new circulation standard based on that name, and a new editorial philosophy.

A key part of Powell’s expansion plan was qualifying subscribers. To receive HDT, subscriber must be involved in the management of at least one heavy-duty truck (gross vehicle weight rating of 26,000 pounds or more). The Rationale: These readers were the people who specified the many heavy truck components. No other publication used this criterion at the time.

“Powell preferred to avoid the spotlight,

but that was the power behind it all.”

Powell developed his new approach over several years and it worked. Competitors in the East and Midwest initially referred to HDT as “that cute little book from the West”. But the magazine began beating the competition with major editorial breaks and features. Readership exploded and it became the industry leader for page ads.

Much of this success was due to Powell’s ability to attract top-notch talent, from ad sales and marketing professionals to in-house staff to editors who set industry records. in journalism awards.

HDT’s success has led to the creation of new marketing and editorial products, including truck stop posters, a truck beauty contest and publications such as Truckers News, Roadstar and Truck Sales & Leasing – all under the corporate banner. of Newport Communications Group. Bobit Business Media acquired Heavy Duty Trucking from Newport Business Media in 2012.

Powell preferred to avoid the spotlight, but was the power behind it all. He was an icon with a knack for business success and had a deep understanding of good journalism. But most will likely remember him for his sense of humor and quick wit, wrote friends of Powell in his obituary.

Powell was born in Portland, Oregon in 1929. He is survived by his daughter Andrea, six grandchildren and two great-grandchildren, and was predeceased by his son Curtis (2021) and his wife Patricia (1951). He met his wife at Roosevelt High School and they were married for nearly 67 years.

Learn more about the life of Kent Powell. He: