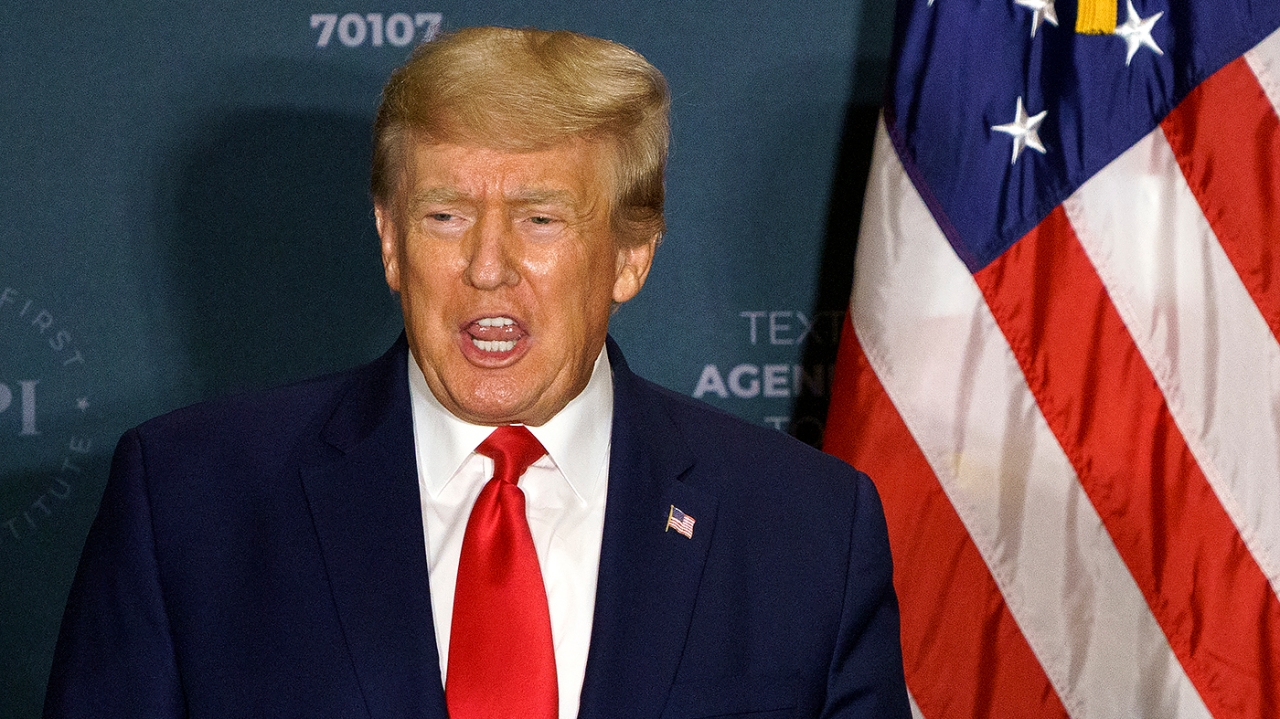 Federal agents who searched Mar-a-Lago this week suspected former President Trump of potentially violating the Espionage Act, amid other laws.

Meanwhile, different tones are emerging from GOP lawmakers over the FBI raid and lawmakers are heading to Ukraine on their own terms.

It’s Defense and National Security, your nightly guide to the latest developments at the Pentagon, Capitol Hill and beyond. For The Hill, I’m Ellen Mitchell. Subscribe here.

Federal law enforcement suspected former President Trump violated the Espionage Act and other laws when he applied for and obtained a search warrant for his Mar-a-Lago estate, according to unsealed court records on Friday.

The unsealed warrant shows that the investigators were authorized to seize any document or file bearing classified markings or related to the “transmission of national defense information or classified material”.

The warrant also authorized the seizure of “any evidence of the deliberate alteration, destruction or concealment of any governmental and/or presidential document, or any document bearing classification marks”.

Investigators listed 33 items they seized from the property, including the clemency decree for longtime Trump ally Roger Stone and information about the “president of France.” The receipt also included entries such as “Miscellaneous top secret documents”, photo binders and a handwritten note.

Also from The Hill:

The differences were laid out Friday at a press conference by House Intelligence Committee Republicans.

Rep. Mike Turner (R-Ohio), a filing member, and Rep. Brian Fitzpatrick (R-Pa.), a former FBI agent, raised concerns about FBI tactics and demanded answers from the department. of Justice on the justification of the research. , saying oversight is needed to ensure the agency has not been politicized.

More “parity” on one side“Because there were so many other options available to them, we are very concerned about the method used to attack Mar-a-Lago and the nine hours that passed while they were at the President’s home,” said Turner.

Rep. Elise Stefanik (RN.Y.), House GOP Conference Chair, said Republicans will investigate President “Joe Biden and his administration’s weaponization of the Justice Department and the FBI against the political adversary of Joe Biden,” calling it “brazen politicization.” and adding that Trump is Biden’s “likeliest political opponent in 2024.”

A new intensity As GOP confidence in the FBI plummeted with Trump’s rise to power and his “witch hunt” allegations against him, hostility toward the agency reached a new intensity in the wake of Trump’s execution. search warrant at Trump’s home in Mar-a-Lago on Monday. Some Republicans, such as Reps. Marjorie Taylor Greene (R-Ga.) and Paul Gosar (R-Arizona), have called for breaking up or dismantling the FBI.

Rep. Brian Fitzpatrick (R-Pa.) didn’t give the Biden administration a chance to deny his request to travel to Ukraine when he visited Kyiv and Odessa in May.

The former FBI agent, who helped set up Ukraine’s National Anti-Corruption Bureau in 2015, traveled with Rep. Dan Crenshaw (R-Texas), drawing on a network of personal and government contacts Ukrainian to ensure his safety.

“Me and Dan just decided to go, because we were told that [trips] were not approved,” Fitzpatrick told The Hill in an interview in his office in late July. “That’s why we chose this course. Dan’s a Navy SEAL, I’m an FBI agent, so we can handle it.

A first-hand look: A member of the House Intelligence and Foreign Affairs Committees, Fitzpatrick intended to see for himself the impact of American aid in the country after the passage of a $ 40 billion aid package dollars at the beginning of the month.

“A lot of people wanted, and still want, to go to Ukraine, a lot,” Fitzpatrick said.

Not to go: Before leaving, he said he had already learned that his trip was unlikely to be approved for support from the Biden administration. But he wasn’t going to let that stop him.

Security risk concerns: The administration began to withhold its approval over fears that US military-provided security could risk a direct confrontation with Russia if US service members were injured or killed.

Support for Ukraine remains strong among both parties in Congress, and many members are keen to visit the country.

Senator Lindsey Graham (RS.C.), who traveled independently to Kyiv in July, said approval for his trip was denied because the State Department did not believe he had “the footprint on the ground to take care of us”.

The American Enterprise Institute will host an in-person event on “A New Approach to U.S.-China Relations,” at 4 p.m.

That’s all for today! Check out The Hill’s defense and national security pages for the latest coverage. See you next week!