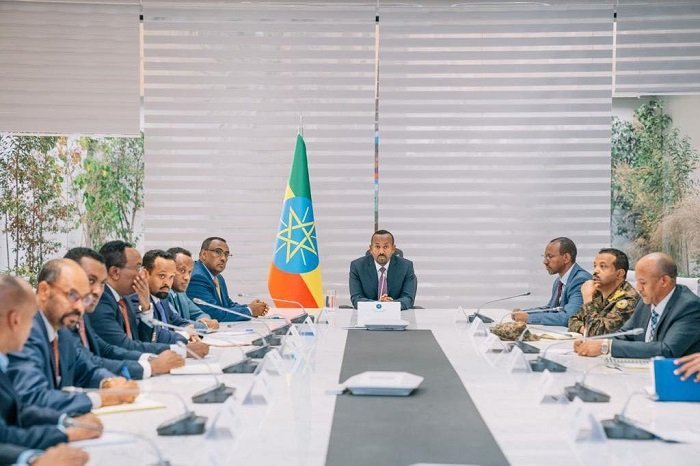 Ethiopia’s National Security Council met for the second time in just over a month.

In a statement released by the council on Wednesday, he said he assessed the measures taken to uphold the rule of law and protect Ethiopia’s security based on the decision of the last meeting held in early May in This year.

According to the council, most of the objectives identified to ensure security in the country at the last meeting have been achieved. He said several “illegal groups and armed groups in Amhara, Benishangul Gumuz and Oromia regions have been arrested, illegal weapons collected and militants engaged in illegal activities sanctioned”.

He also said he assessed existing security threats in the country.

The council identified the Oromo Liberation Army [ government calls it Shane too]The Tigray Junta [ and this is used as a reference to the leaders of the Tigray People’s Liberation Front -TPLF]Al-Shabab, illegal armed groups, radical media, radical political and religious groups, and foreign intervention as a threat to the country’s security.

The council’s statement also claimed that it had apparently foiled, since its meeting last month, attempted alliances between Al-Shabab, the TPLF and the Oromo Liberation Army.

The council sent a stern warning to activists, media and religious groups that “plots to disintegrate the country” will not be tolerated.

In the weeks following the Council meeting in May this year, widespread crackdowns took place across the country, mainly in Addis Ababa and the Amhara region, and thousands of people were arrested.

The arrest also targeted journalists. At least 19 journalists have been illegally put behind bars, a recent remark by the Ethiopian Human Rights Commission earlier this week indicated.

Opposition parties, including the National Amhara Movement (NaMA), which holds a unique ministerial post in the federal government, the Enat Party and the Balderal Party for True Democracy have vehemently opposed the arrest of criticism and repression of the media under the guise of law enforcement measures. .

Several cases of arrests looked more like kidnappings because the whereabouts of journalists and activists were not revealed to their family members for days.

The Ethiopian Human Rights Commission has called on the courts to uphold the rights of journalists using the media law in the country.

Ethiopian has identified national security as one of the top spending areas in the coming fiscal year.

To share information or for a quote, email info@borkena.com

Secretary General of the Greek National Tourism Organization: “Israelis are more than