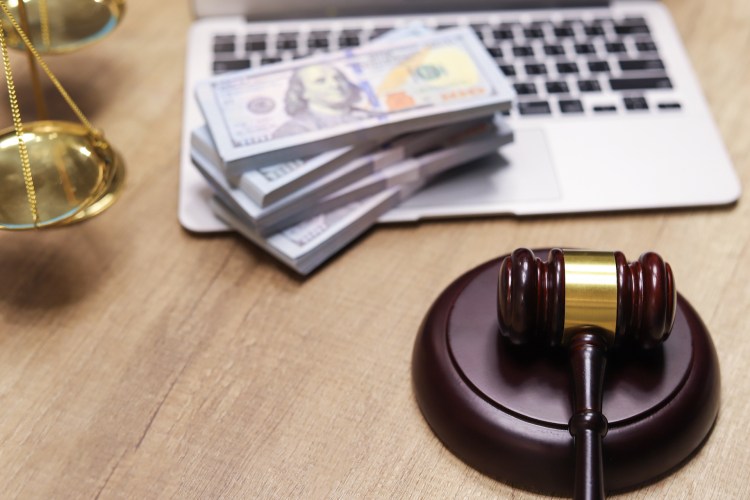 As Congress returns to Capitol Hill and finalizes legislation that invests in American innovation and competition, it is critical that we do not undermine these efforts with antitrust reforms that contain unintended but serious consequences. To shore up domestic innovation at the expense of our national security would be short-sighted legislation at a time when the United States must take a strong stand against malevolent foreign adversaries.

Last year, several of my Judiciary Committee colleagues and I, on both sides of the aisle, cast tough votes against antitrust bills that we feared would harm — in the together – to constituents in our districts and to consumers across the country. Included in this package was the US Online Choice and Innovation Act (AICOA), which would force the biggest technology players to open access to its platforms to most domestic and foreign companies.

To be clear, my position has always been that we should prohibit unfair competition where a platform uses its market position to limit competition and discriminate against smaller competitors. That is why opposing this bill and others like it was not a decision I made lightly. My conclusion stems from numerous meetings with constituents, stakeholders and institutional experts. The consensus from these meetings was that the importance of increasing competition and market entry should not be offset by open source security issues that could put highly sensitive data in the wrong hands.

My district is in the San Francisco Bay Area, where thousands of my constituents build and support the technology apps that consumers use every day. These innovations, along with people’s jobs, families and livelihoods, are always front and center when I review federal legislation. Likewise, California has strict privacy, data security, and antitrust laws. I cannot in good conscience support federal antitrust legislation that would weaken these carefully crafted laws.

Unfortunately, antitrust bills being considered in both the House and Senate include antitrust reforms that would have unintended consequences for cybersecurity. These questions were recently reinforced by numerous national security experts – such as James Clapper, former director of national intelligence, Leon Panetta, former director of the Central Intelligence Agency, among others – in an open letter which underlined the consequences of to demand non-discriminatory access for all businesses to national digital platforms. These concerns were particularly notable given the extraordinary threat environment of Russian cyber actors who have been crippled by President Biden’s successful Kremlin sanctions.

I couldn’t agree more. Vladimir Putin is a ruthless dictator whose premeditated actions are a threat to democracies around the world. And it’s critical that U.S. technology companies, the very ones currently targeted by antitrust law, can continue to forge partnerships with the U.S. government to strengthen integrated cyber defenses across products and services. Part of this collaboration would involve immediately blocking malicious actors and disrupting sophisticated security threats.

Legislation that allows thousands of foreign companies – many from countries that disagree with American values ​​– to fully integrate and access domestic platforms is contrary to this work and only contributes to security fears. national. Congress should not hamper the ability of platforms to counter these risks.

Unfortunately, the AICOA misses this target. The AICOA would require the biggest platforms to integrate with the operating systems, hardware or software of the different platforms. It would also prohibit platforms from discriminating against any domestic or foreign company in applying its terms of service. While this might make sense in theory, in practice it would be difficult, if not impossible, to de-platform and remove any company that traffics in objectively harmful content. For example, a Russian company that falsely spreads state-based disinformation about atrocities in Ukraine would receive a legal basis to ban Facebook from removing its content.

Although the AICOA contains a few modest defenses, each would require an unwieldy amount of evidence for every action the platform takes to protect our national security. This is of particular concern when decisions must be made immediately to limit widespread damage. Antitrust bills like AICOA and its offspring would therefore blunt platforms that work closely with intelligence communities to strengthen our homeland.

Instead of pushing these bills through Congress, we should step back and think about the unintended consequences. Forcing platforms to interact with untrusted entities or making it virtually impossible for them to opt out of integration with apps and other plug-ins that trade in hate speech, vaccine misinformation, incitement rhetoric violence or shoddy products or services that increase security risks is simply not the right answer.

I am encouraged that we will continue to work on antitrust reforms in a bipartisan way in both houses – and I am optimistic that we can find a solution that solves the problems and increases competition, without compromising security. Until that happens, we must be prepared to pause so that in-depth analysis can be conducted to truly understand the consequences of these reforms. After all, no member of Congress wants to willfully compromise our security and blunt our national innovation.

Democratic Rep. Eric Swalwell serves on the House Judiciary, Intelligence and Homeland Security Committees and co-chairs the Democratic Steering and Policy Committee. Follow him on Twitter at @RepSwalwell.