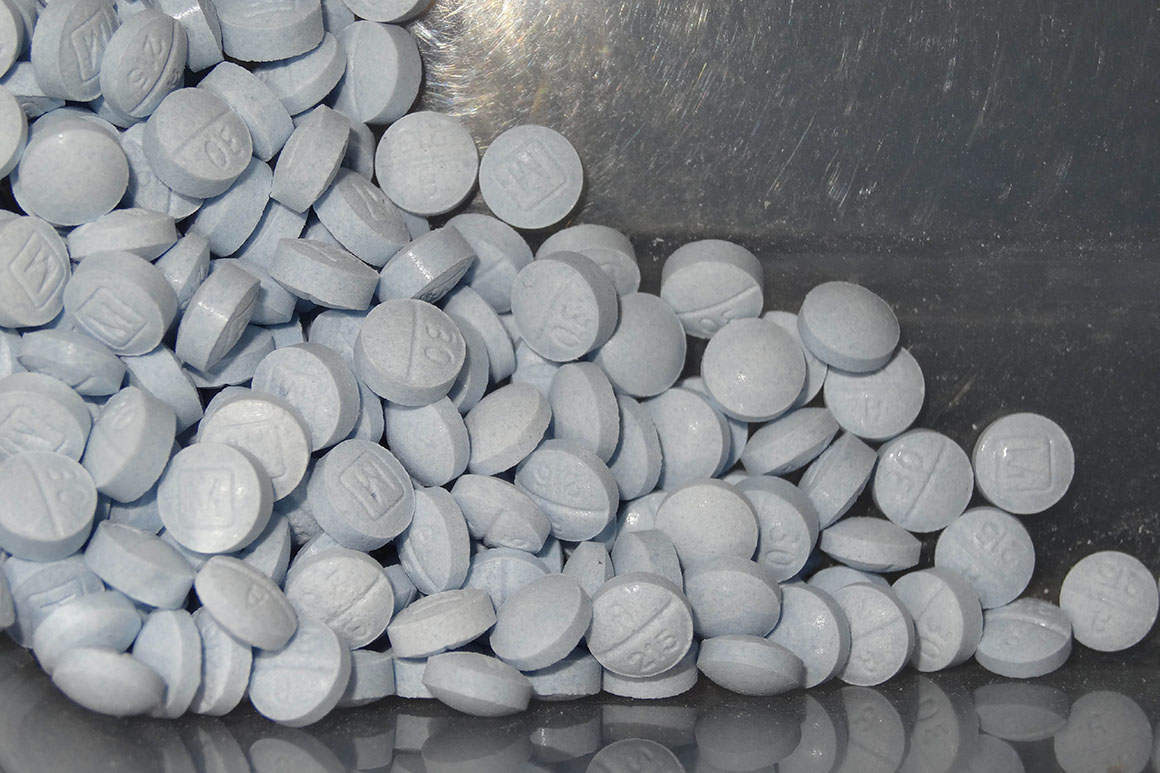 “In terms of loss of life and damage to the economy, illicit synthetic opioids have the effect of a slow-motion weapon of mass destruction in pill form,” the report said. “U.S. and Mexican efforts can disrupt the flow of synthetic opioids across U.S. borders, but real progress can only be made by pairing the disruption of the illicit supply of synthetic opioids with a decrease in U.S. domestic demand. for these drugs.”

Successful bilateral cooperation in combating the flow of fentanyl culminated in May 2019 when Chinese President Xi Jinping responded to American pressure subjecting all forms of fentanyl to production controls and anti-trafficking measures. This has resulted in a drastic reduction in direct shipments of fentanyl and related compounds from China.

But Mexican cartels and their Chinese suppliers quickly turned to exporting and processing unregulated chemicals that could be turned into synthetic opioids. The Chinese government decided to block this trade in June by adding six fentanyl precursor chemicals to the list of substances requiring government approval. Chinese suppliers have responded by marketing unregulated raw materials for precursors.

“It all goes back to China,” Rep. David Throne (D-Md.), committee co-chair. “China needs to do things differently, like enforce its anti-money laundering laws, stop Chinese chemical manufacturers from exporting these legal precursors to known trafficking operations in Mexico, regulate the industry itself and [regulating] suitably other synthetic opioids that exist.

The commission recommends that the U.S. government use its diplomatic leverage with countries that share synthetic opioid overdose problems as well as with international organizations, including the United Nations Office on Drugs and Crime, to pressure on the Chinese government to take the necessary measures. China’s incentive to comply would be to avoid being “perceived as a ‘narco-state'”, the report notes. The Commission also calls for US-China collaboration in monitoring accounts on Chinese instant messaging platform WeChat “that violate terms of service by advertising fentanyl precursors.”

The Chinese Embassy in Washington, DC did not respond to a request for comment.

The report included an action plan to strengthen the Mexican government’s ability to combat the activities of Mexican cartels that control the production and export of illicit synthetic opioids to the United States. These measures include US technical assistance to Mexican judicial and financial authorities to help them. identifying and disrupting money laundering activities of drug cartels, as well as assisting the State Department and Department of Justice to reduce imports of machines to produce counterfeit pills containing synthetic opioids.

The commission also recommended US support for the disruption of “synthesis labs and counterfeit pill operations” by Mexican military authorities.

But the power and influence of drug cartels in Mexico make this a tall order.

“All the good people we have cannot be effective without the full cooperation of the Mexican government which we don’t have,” Trone said. “Cartels control over 30% of GDP in Mexico, which means they are extremely powerful and the [Mexican] The government has adopted a ‘hugs not bullets’ policy and decided to compromise and try to save lives in the country by avoiding an open civil war with the cartels who are heavily armed with sophisticated weapons, all purchased in the United States.

Trone backed the overdose crisis’ focus on synthetic opioid supply with a co-sponsored amendment with the rep. Abigail Spanberger (D-Va.) Which tasks the Biden administration with “getting a commitment from Chinese and Latin American governments to address the production and flow of illicit fentanyl.” This amendment was included in the China-focused version of the agreement COMPETITION law that the House adopted on Friday.

The commission’s recommendations also include proposals to reduce the demand for illicit opioids in the United States. Among them: increased federal funding for mental health support services and a national public health campaign highlighting the dangers of counterfeit pills.

The Commission also wants a dramatic expansion of public access to harm reduction tools, including the distribution and availability of the opioid overdose reversal drug naloxone and fentanyl test strips that reveal the presence of the chemical in illicit drugs. The Office of National Drug Control Policy is “working with a sense of urgency to remove barriers” to accessing these tools, ONDCP director Rahul Gupta told POLITICO in a written statement.

“The opioid crisis is a mental health crisis related to the criminal justice problem we have in America, where we treat addiction as a crime, not a disease,” Trone said. “The next step is how we act together to bring about real change and save literally hundreds of thousands of lives over the next two decades.”

But addiction experts say the Commission’s recommendations have a glaring omission of a proven strategy to reduce opioid overdose deaths.

“We need to follow Canada’s lead and move to [the concept of] secure supply if we really care about saving lives, because in the years it would take to fix the fentanyl supply problem, tens of thousands of people will die of easily preventable deaths,” said Sanho Tree, director of Drug Policy Project at the Washington, DC-based Institute for Policy Studies. “Canadian doctors are allowed to prescribe pure pharmaceutical substitutes like Dilaudid that users can inject as an effective heroin substitute…and not have to play fentanyl roulette on the street.”

The Evolution of Incident Management