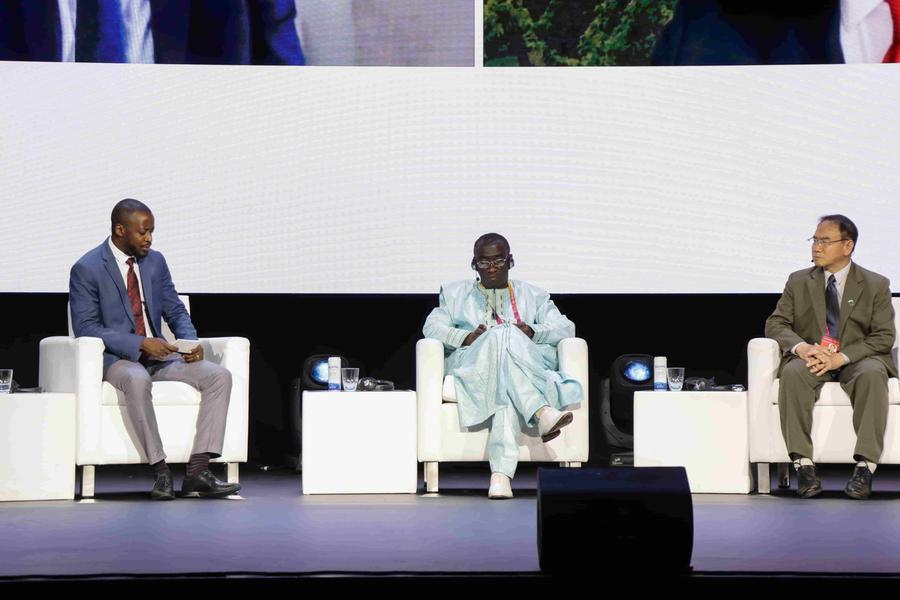 Dubai, United Arab Emirates: Guinea, known as the “water tower of Africa”, underscored the importance of the collaboration of riparian states around the world for the equitable management of transboundary water in order to to provide safe access to water for all and to alleviate the acute stress on the resource in many countries. geographic areas, including the Middle East.

Blue economy and sustainability experts participated in a conference entitled “How do you manage water across borders”, held at Expo 2020 Dubai as part of the Dubai Water, said that of the 2.5% of freshwater resources available on the planet, 60% comes from transboundary waters and their management is imperative for the survival of humanity.

“The issue of equitable water sharing in the context of rivers crossing several countries is a matter of political and economic importance. For countries in the Middle East facing extreme water stress, water sharing is a relevant survival issue,” said Fatoumata Conde, Deputy Commissioner General of the Guinea Pavilion at Expo 2020 Dubai.

Led by Guinea, the conference brought together key global stakeholders in transboundary water management and sustainability under one roof, including experts from the European Union, the Mekong River Commission, the Niger River, as well as opinion leaders on the subject from Jordan, Costa Rica and Australia.

“This is the first time that such a crucial topic has been discussed with major players presenting their expertise in the UAE. It is significant that we were able to organize this conference in the region because water management is a cause for conflicting interests in many parts of the Middle East and Africa,” Fatoumata added.

The Middle East region is second only to Africa in the significant presence of rivers crossing multiple borders and constituting 60% of the region’s water supply. In the case of Africa, 90% of the continent’s rivers and lakes are transboundary.

“Transboundary water bodies are a crucial source, and worldwide there are 276 rivers that cross multiple geographic boundaries. These rivers cover 45% of the earth’s land surface and their basins are home to 40% of the world’s population, which underlies the geopolitical nature of these resources,” Fatoumata said.

These water resources include the Nile, Danube, Rhine, Columbia, Niger and Mekong basins. While most basins are shared between two countries, there are many that are shared by several countries that may differ in their political, social and economic profiles. There are 13 basins in the world shared between 5 to 8 countries. Five basins – Congo, Niger, Nile, Rhine and Zambezi – are shared between 9 to 11 countries. The river that crosses most nations is the Danube which meanders through 18 nations.

In the case of Guinea, the country is a source of major transboundary rivers that provide access to water in the sub-region, including the Niger, Senegal and Gambia rivers. Guinea is responsible for providing access to fresh water for more than 160 million people.

“The objective of the conference is to create a platform for exchange on water management and to help promote collaboration between countries on the management of transboundary rivers. We also hope to support the creation of fruitful partnerships between various global and regional stakeholders to improve sustainable practices and promote investments in water management,” concluded Fatoumata.

Guinea has regularly participated in universal exhibitions with a previous presence in Hanover, Beijing, Astana and Milan, among others, within the framework of African participation. However, at Expo 2020 Dubai, the country will have its own pavilion for the first time, which will help create a significant impact by communicating the country’s proposals to the world in a targeted manner.

Guinea will present the country’s sustainable economic development supported by a national economic and social development plan based on the pillars of good governance, economic transformation, human capital development and protection of natural resources.

In keeping with Guinea’s image as the “water tower of West Africa”, the Expo 2020 pavilion will have a theme devoted to sustainable development and water-based urban renewal. The pavilion is entitled “draw from the source of West Africa”.

Kaspersky banned by the FCC: “threat to national security”