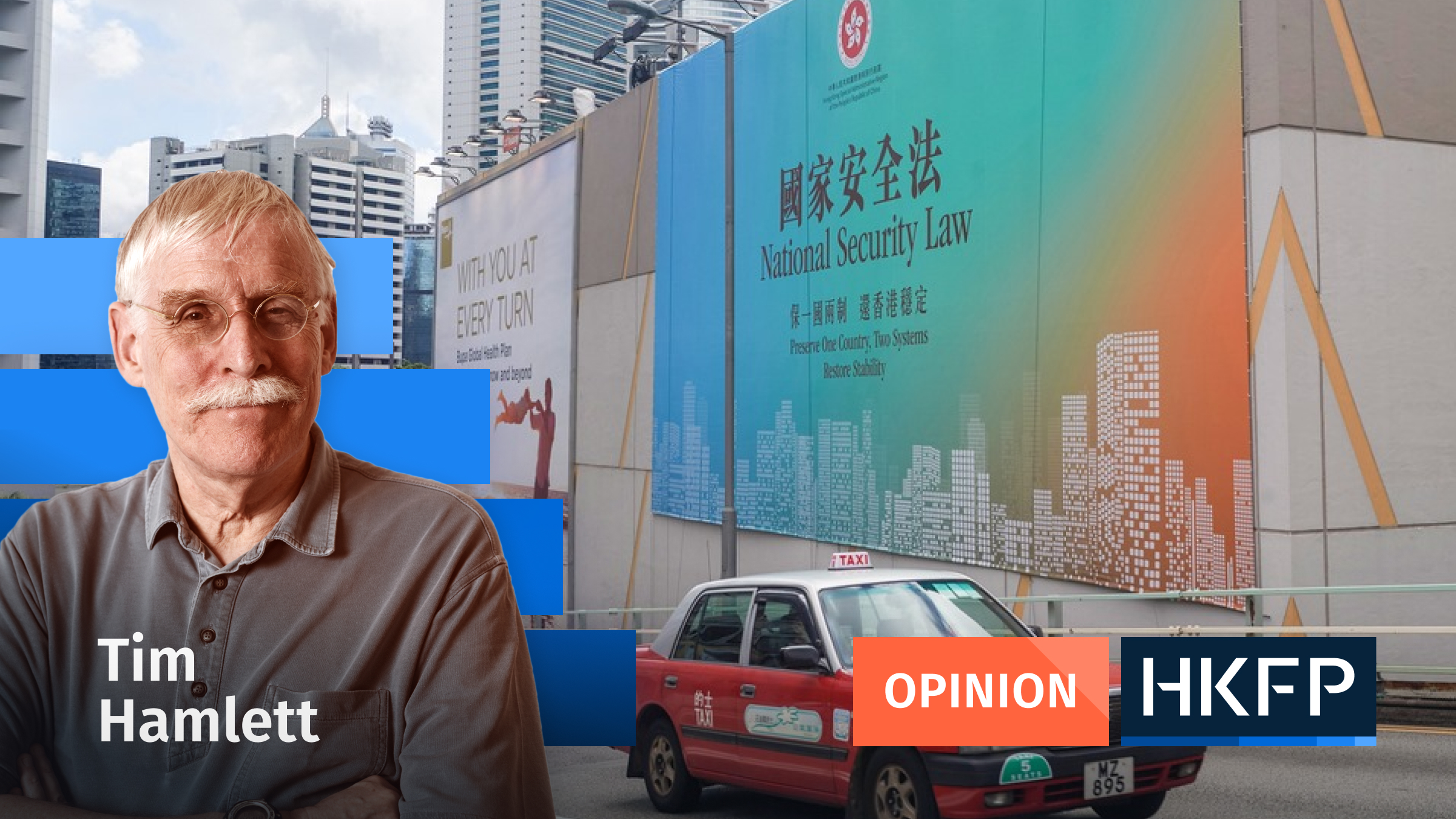 Have you ever learned to love the National Security Act?

Hats off to lawmaker Lai Tung-kwok, whose attempts to think of creative ways to waste our money led him to suggest that there should be a national security education commissioner, to ensure that the Good News is broadcast to adults as well as helpless people victimized by the education industry.

It would be a difficult role, but at least it could lead to careful reflection on the arguments used to defend the national security law, which at the moment are often strangely removed from the complaints.

We are, for example, often told that other countries have national security laws, so there should be no objection to Hong Kong and China having one. But no one has suggested that it is bad in principle for a country or territory to have a national security law. This is an answer looking for a question.

It’s a point that also seems to have escaped former police chief Tang King-shing, who warned this week that people considering emigrating due to national security law should think twice. , because it is very likely that the country they are going to will also have a national security law.

True, indeed. And any major city you move to will have an MTR. But will it be big and modern, old and dirty, practical and spacious, or creaky and crowded? Will it be like ours or like Glasgow’s, a single line that still strikes me as an underground version of the old Lai Chi Kok amusement park monorail?

National security laws are like toilets. There’s a wide range, from a shed over a hole in the back garden to an adjoining Japanese electrified work that does everything for you except mopping.

International comparisons are difficult because most countries do not have “national security law” as a separate category. This has what the citizens of these countries may feel is the happy consequence – that there is no role for “national security-approved judges” – but it is inconvenient for onlookers.

One is reduced to asking a series of questions, such as: are national security offenses clearly defined, is non-violent political speech protected, are the rights of those accused of offenses protected, the penalties available are commensurate with the harm caused, is there a special police force with extraordinary powers, and is there, indeed, a part of the government that depends, for its future prospects for promotion and prosperity, the discovery of a steady stream of national security cases?

I added this last question because one of the curious things about national security cases in other places is the rarity of their occurrence. Previously it was my job to introduce students to the Official Secrets Ordinance and its ancestor the UK Official Secrets Act.

At the time, there had been no official secrets affair in Hong Kong. Such cases in the UK had been so rare that I could briefly review them all since the original law was passed in 1911. Some of them took very little time. Many of them did not involve espionage – or journalism – but simply the failure to care for secrets in one person’s custody, usually involving naval officers leaving briefcases full of interesting papers in the bars.

Likewise, in other common law countries, homeland national security was a cottage industry, although Putin’s recent efforts have done wonders for it.

The problem is that national security precautions can be overdone. Mary Wollstonecraft commented on the French Revolution, which she had observed closely, that “all political good taken to extremes must produce evil”. Or, as Vanessa Place puts it in a rather different context and in more modern language, “Laws passed with good intentions and historical justification can combine to create legal terror.”

We must all accept that security and public peace are desirable goals, and that the National Security Act was meant to be a good thing for everyone involved. It remains to be seen whether these good intentions have materialized, in a law much more precise on the penalties than on the offenses to be punished.

So how can we advise people who are considering leaving to stay away from the national security law? Well, of course they are wrong. Our national security act is wonderful. We don’t want to lose you but if you have to leave…

I think the easiest way to steer migrants in the right direction is to avoid countries that last year signed an address to the UN Secretary General expressing their wholehearted endorsement of our new national security, which suggests that their versions will be as bad as ours, if not worse.

You can, as the old poem says, “tell a drinking man by the company he chooses.”

If that’s not quite the kind of country you’re considering migrating to, then you should be fine.

Leading with a stable vision in unstable times

“I was loyal to the management”