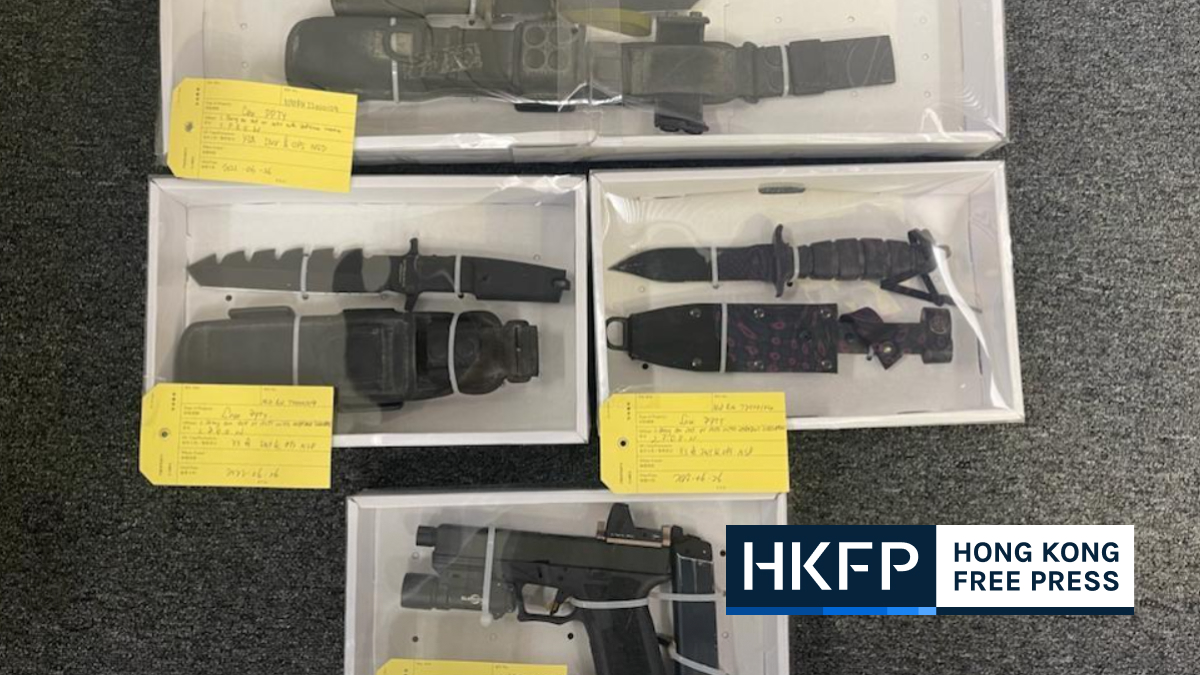 The residences of the 31- and 53-year-old men were raided, police said: ‘Some electronic communication devices which were used to post riotous messages, a computer, military knives and a fake firearm were seized’ , said a spokesperson. in a report.

Police said the men were suspected of “doing an act or acts with seditious intent”, possessing an imitation firearm, an offensive weapon and “possession of unlicensed radio communication devices “.

The arrests come days before Chinese leader Xi Jinping is to swear in chief-elect John Lee amid tight security and media restrictions.

Both men are being held by the police.

What is it and is it worrying?