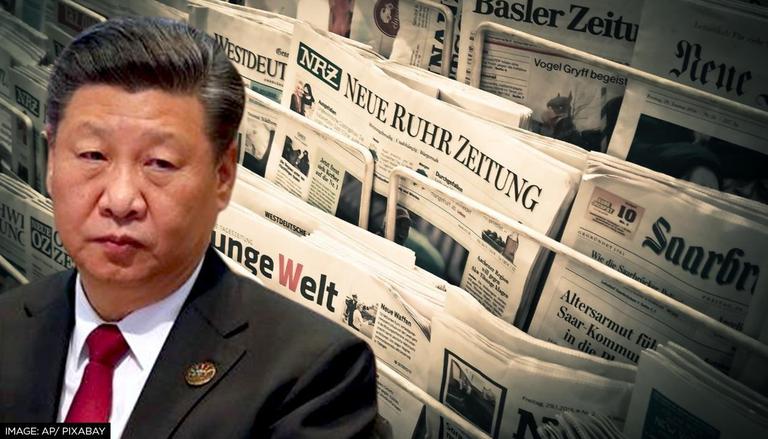 A UK-based advocacy group, Hong Kong Watch, released a report on Monday revealing how the pro-Beijing government has destroyed the free press since enacting the controversial national security law. According to the report, free media in the Special Administrative Region of the People’s Republic of China has been dismantled by government repression. He said media censorship in the city had prevented the publication of several editions critical of the government. On the other hand, the report claims that several pro-Beijing media outlets have started since the government launched actions against journalists and publishing houses.

“Freedom of the press in Hong Kong has been relentlessly undermined since the adoption of the #NationalSecurityLaw in June 2020. Never has being a journalist in Hong Kong been more dangerous than now.

According to the report, the working environment for local and international journalists in the city has become increasingly difficult in the city. He accused the communist government of imposing draconian laws against journalists and media who criticized the government. The report highlighted how national security laws were used for police violence, mass firings and the imposition of government propaganda against the media. “We were sitting on the ground and had taken off our gear, masks and helmets and other protective gear,” The Guardian quoted a South China Morning Post photojournalist as saying. He disclosed the situation while covering a protest. “The police came and sprayed tear gas directly at us. The hatred the police showed against the media was shocking,” the photojournalist added.

The Foreign Correspondents’ Club’s decision to cancel this year’s Human Rights Press Awards is further evidence of the destruction of press freedom in #HongKonghttps://t.co/Y0GwHhYE0h

Notably, the report came just hours after the Foreign Correspondents’ Club (FCC) of Hong Kong canceled the annual Human Rights Press Awards. The annual awards, which would have been in their 26th year, celebrate the best rights-related reporting from across Asia. Reacting to the FCC’s decision and highlighting the current situation in the city, Benedict Rogers, Managing Director of Hong Kong Watch and former member of the FCC, said: “This is yet another blow to the freedom of the press in Hong Kong. This is not just a loss for Hong Kong, but for the cause of human rights and freedom throughout Asia.”

Yesterday I resigned from the FCC’s Freedom of the Press Committee after three years on the committee, two of them as a board member. As a former HRPA awardee and judge, I feel only the deepest regret and do not stand by this decision.https://t.co/fAvwzSDJv3

“Freedom of the press in Hong Kong has been relentlessly undermined since the National Security Law was passed in June 2020. Never has being a journalist in Hong Kong been more dangerous than now,” he said. added. Since the award was rescinded, at least three journalists, including Shibani Mahtani, Southeast Asia and Hong Kong bureau chief for the Washington Post, have resigned from the FCC’s press freedom committee. following the decision of the club’s board of directors.