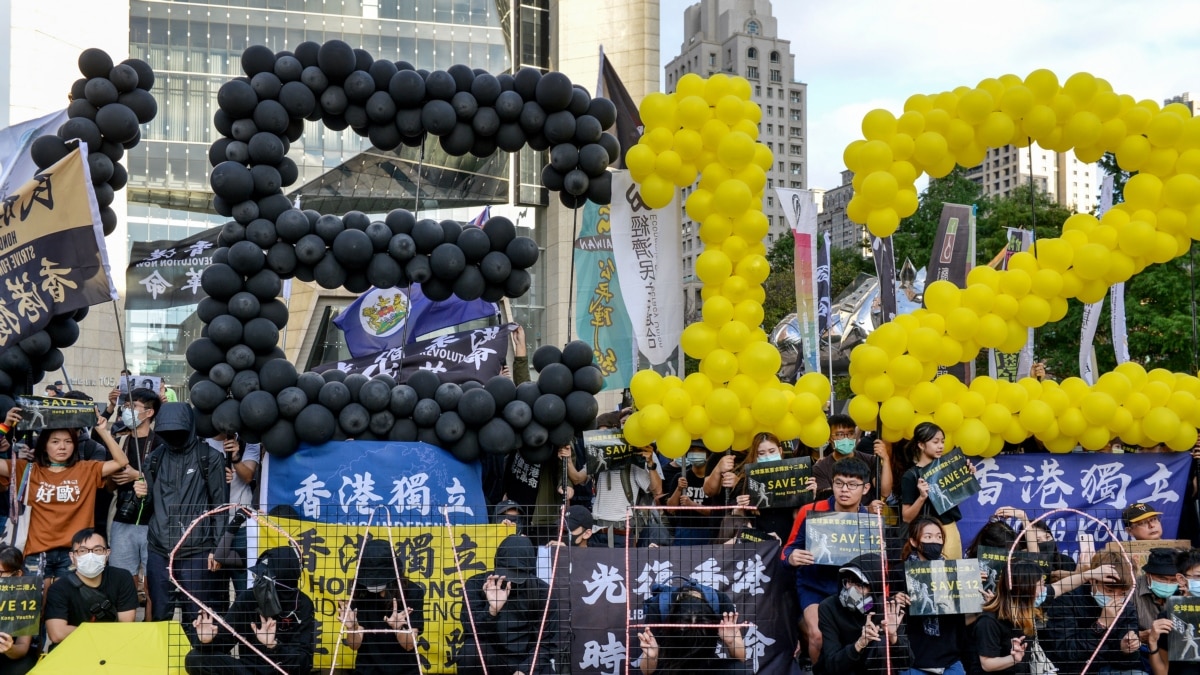 Analysts are increasingly concerned that Beijing’s national security laworiginally intended to suppress dissent in Hong Kong, can be used to target people of any nationality or ethnicity who offend Chinese leaders.

The law came into force in June 2020 after a year of sometimes violent pro-democracy protests in Hong Kong against the government. The measure prohibits acts of “separatism, subversion, terrorism and collusion with foreign forces”.

At least 117 people have been arrested and 60 charged in the former British colony and global financial center in the 13 months since the law came into effect.

Violations are punishable by up to life in prison.

But experts say the law’s open language, along with the Chinese government’s broader ambitions, leaves open the possibility that it could be used against anyone with known anti-China or pro-Hong Kong independence sentiments who puts the foot on a Chinese territory such as Hong Kong or the former Portuguese colony of Macao.

“As long as China can enforce its jurisdiction in Chinese territory, Hong Kong and Macao, people who violate (the) national security law could be extradited to China for trial, even if they are only transferred to the Chinese airports,” Chen Yi-fan said. , Assistant Professor of Diplomacy and International Relations at Tamkang University near Taipei.

Taiwanese scholar under fire from critics

Taiwanese will be particularly suspected over time, analysts say.

China claims Taiwan as part of its territory despite the island’s sometimes provocative autonomy for 80 years and has not ruled out using force to reunite it with the mainland.

Democratic Taiwan has an independent media scene and according to a survey by the National Chengchi University Election Study Center, more than half of Taiwanese people want to maintain the status quo indefinitely or decide the issue of unification with China later.

“Usually moves like these are meant to send a message,” said Sean Su, an independent political analyst in Taiwan. “It could be used as a kind of weapon to try to intimidate people in Taiwan, but I think the side effect, I think, is going to be negative.”

The wording of the law covers residents of Hong Kong as well as people who have never been there, according to the New York agency. advocacy group Amnesty InternationalI.

Amnesty said in July 2020 that anyone on Earth, “regardless of nationality or place of residence, can technically be considered to have violated this law and face arrest and prosecution if found in a jurisdiction Chinese, even for transit”.

China says its policy in Hong Kong aims to protect the territory’s stability and legal system. “Anti-China forces that seek to destabilize Hong Kong must be resolutely excluded” from any position of power in Hong Kong, said Xia Bao Longhead of the Hong Kong and Macao Affairs Office of the State Council.

Hong Kong-born Joey Siu, who works in Washington, assumed she would be arrested “immediately” if she showed up at the airport in the former British colony. She has not returned to Hong Kong since the law came into effect. Siu works for the UK-based human rights group Hong Kong Watch, organizing protests and rallies while doing international advocacy work.

“Since the implementation of the law in 2020, I feel that I am no longer safe in Hong Kong, because I thought that I was being followed by people who I do not know if they are Hong Kong security officers or police officers. , so I felt that my personal safety was no longer guaranteed in Hong Kong and obviously my international advocacy efforts are going to lead to me being charged as collusion with foreign forces,” Siu told VOA.

At least four other Hong Kong activists are now staying in the United States and Europe for the same reason, she said.

Siu says writing about dissent will also lead to arrest, although the law draws no “solid red lines” on what is criminal. The law could also extend to people who support the political causes of disaffected Tibetans and Uyghurs, two Chinese ethnic minority groups who have opposed Beijing’s goals, she said.

China has extradition treaties with 37 countries and uses them. The government in Beijing has requested the extradition of Uyghurs from Malaysia – a request that has been denied – for example, according to the Washington-based agency China Advanced Research Center.

A national security law violator based in a China-friendly country like Cambodia would face a high chance of being extradited, said Stephen Nagy, senior associate professor of politics and international studies at the University. Tokyo International Christian.

People who use Mandarin or Cantonese to spread their ideas against the Communist Party’s “narrative” are more likely to be targeted, Nagy said.

“To retroactively accuse a Hong Konger (overseas-based) or a Taiwanese scholar, or actions they may have committed, is very concerning because it is an extension of national law, and it does not recognize the different identities that exist. among the Chinese, great Chinese sphere,” he said.

For this reason, says Nagy, foreign governments warn their citizens to avoid visiting China, including Hong Kong. The US State Departmentfor example, urges US citizens to “reconsider” travel to Hong Kong and mainland China due to “arbitrary application of local laws”.