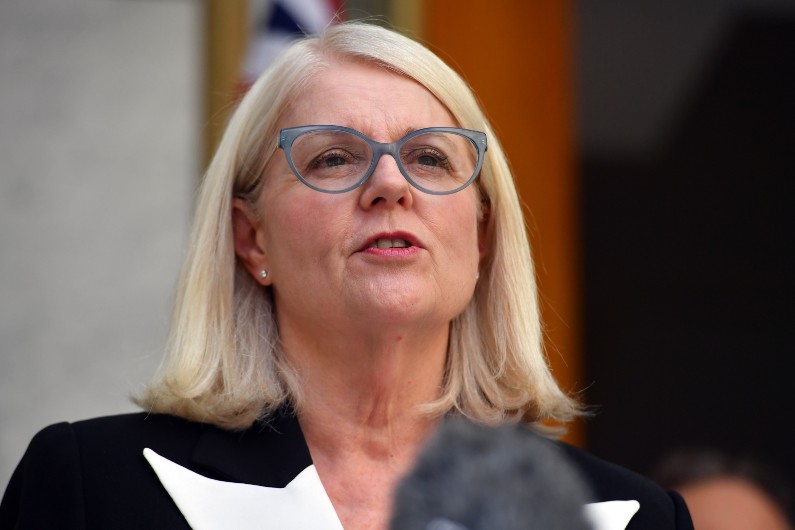 Karen Andrews has released a five-point border protection plan for the Liberal Party, pledging that Operation Sovereign Borders will remain in place.

“When the last Labor government dismantled our strong and effective border policies, lives were lost, chaos erupted and thousands of children were locked up in detention,” the Home Secretary said, arguing that the temporary protection visas were threatened with being abolished by a new Labor Government.

Andrews issued a statement on Friday warning of the threat a Labor government poses to “strong and proven policy that saves lives”.

“The Coalition’s strong border policies have stopped the boats, ending deaths at sea and the illegal smuggling trade.”

Today the Greens launched their ‘border’ policy and confirmed that as part of a power-sharing deal with Labor they would demand the dismantling of Operation Sovereign Borders, including the abolition of the Australian Border Force! We simply cannot risk our borders with Labor and the Greens. pic.twitter.com/wnlfsD4cOg

The Coalition’s border protection pledges also include cementing policies such as regional treatment, boat turn-backs where it’s safe to do so, and temporary protection visas.

There is a plan to increase the number of frontline border staff to prevent the smuggling of illegal goods like drugs and weapons into Australia, and the government has said it will also provide support for genuine refugees s they came back to power.

Scott Morrison, who has always played the role of ‘the man who turned the boats back’ with pride, believes Operation Sovereign Borders is a proposition: with it Australia’s borders are strong, and without it they are weak .

His re-elected government pledged to keep the operation in place, as well as pass new laws to charge foreign criminals the cost of their own immigration detention.

Immigration Minister Alex Hawke said detaining foreign criminals in Australia meant those criminals received “free rent, food and medical care while we deport them”. The Coalition would take a hardline approach to seeing more of these people deported, he said.

“We have canceled or denied visas to over 10,000 serious criminals through our character test reforms and as we move through the deportation process the free ride they get is now coming to an end” , Hawke said.

The Liberal Party says more than 500 people held in Australian detention centers under the last Labor government were later given criminal sentences upon release. There is no mention of how the detention may have contributed to the criminal offence.

Civil-military coordination in the management of airspace for Spain