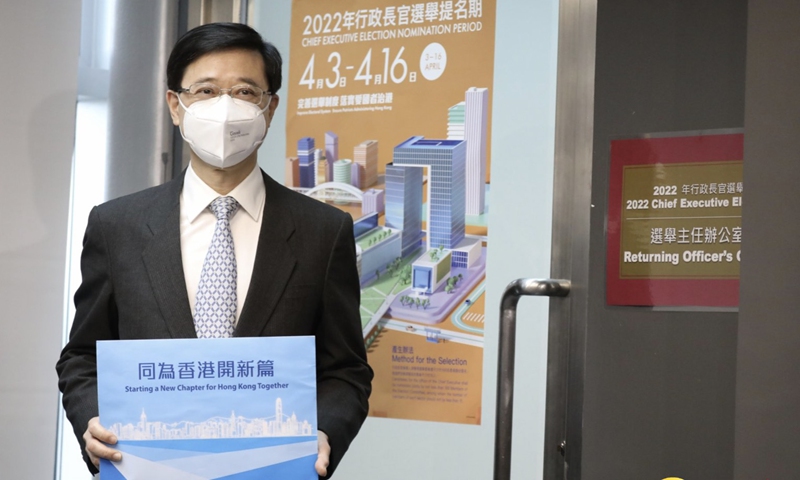 John Lee Ka-chiu, Hong Kong’s sole candidate for chief executive, said on Friday that, based on constitutional duty to Hong Kong, he would push to enact Article 23 legislation. of the Basic Law as soon as possible once elected. .

The former chief secretary made the remarks to the media near his campaign office on Friday, marking the second National Security Education Day after the territory implemented the national security law for Hong Kong.

Lee said there have been sad incidents in the past in Hong Kong when national security was threatened, which also hurt society and individuals.

Article 23 of the Basic Law states that the Hong Kong government must itself enact laws to prohibit any act of treason, secession, sedition or subversion against the central government.

Lee was confirmed as the sole candidate for Hong Kong’s chief executive election on Wednesday. More than 1,400 members of the electoral committee will vote on May 8.

He said on Friday that the next step he and his team would focus on formulating his policy proposals, and he would visit communities and people from different sectors.

In support of National Security Education Day, the Hong Kong Civil Service College has launched a series of e-learning resources on the topic of “national security” to enhance understanding of national security officials.