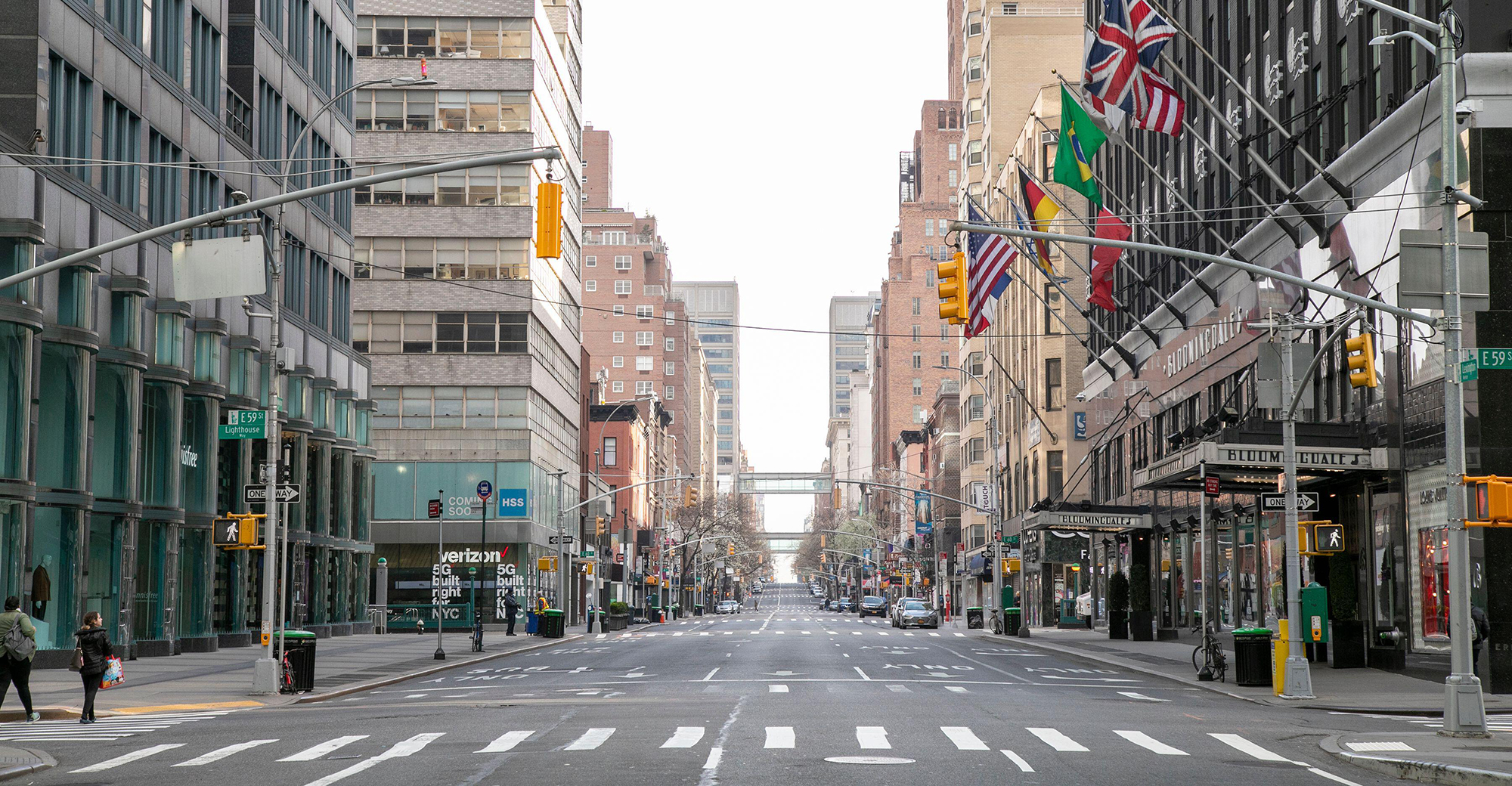 (Bloomberg)—Exit the 59th Street subway station, cross Lexington Ave. and hang left to return to the peak of the pandemic.

There, you’ll find an entire block of vacant storefronts, three in a row, in what was once prime New York real estate. The Banana Republic which occupied the first bend closed in early 2020. So did the Gap which long occupied the spot next door and the two-door Victoria’s Secret. Huge signs announcing their availability hang from the windows.

In a city that’s been very slow to recover from the pandemic — unemployment in all five boroughs is nearly double the national average — there’s perhaps no section that’s been slower than midtown Manhattan. . And in the city center, there are few blocks, if any, that better symbolize the malaise than this one. It’s a sight typically associated with a city in rapid decline, which critics of New York are quick to suggest.

The truth is more nuanced. This neighborhood was, from a business perspective, already losing out to the areas around it when the pandemic hit. The number of passengers using the 59th Street stop has been declining for years now. Since 2014, it has fallen by more than 50%. The shutdowns, coupled with the unhurried return of office workers who have long made up the bulk of shoppers in the area, have only exacerbated this slowdown.

“It’s probably the slowest market to get back to pre-Covid levels in New York,” said Steve Soutendijk, executive managing director at Cushman & Wakefield, the national brokerage firm. “It’s a bit of a mystery.”

In the language of brokers, this is the “Bloomingdale zone”.

For years, the iconic and glitzy department store has been a huge draw for bankers, high-society types and, thanks in part to Jennifer Aniston’s character on the sitcom “Friends”, tourists. They flocked to the store in droves and, once in the neighborhood, found their way to the surrounding small retail stores.

But in an age of online shopping and a preference for small-batch items that offer a veneer of uniqueness, Bloomingdale’s is no longer the anchor it once was, says Michael Hirschfeld, vice- president of the Jones Lang LaSalle real estate company. “It’s a shopping model that’s not quite in vogue right now,” he says. And while domestic tourists have almost returned to the city in full, those who matter most to the area’s shops – foreigners – have not. The city estimates that international tourism will only reach 60% of pre-Covid levels this year. The data on returning office workers is even grimmer: Only 38% were at their office in the city on a typical day in April, according to a survey conducted by the Partnership for New York City.

There is at least a silver lining, however, for the sputtering neighborhood. According to cellphone tracking data from Orbital Insight, more people are now walking past vacant stores in this block of Lexington than in 2019, when all retail space was occupied. The block’s pedestrian traffic growth rate even exceeds that of the surrounding areas.

Newmark and Jack Resnick & Sons, the brokerages responsible for leasing the spaces, declined to comment.

To contact the author of this story: Marie-Rose Sheinerman in New York at [email protected]