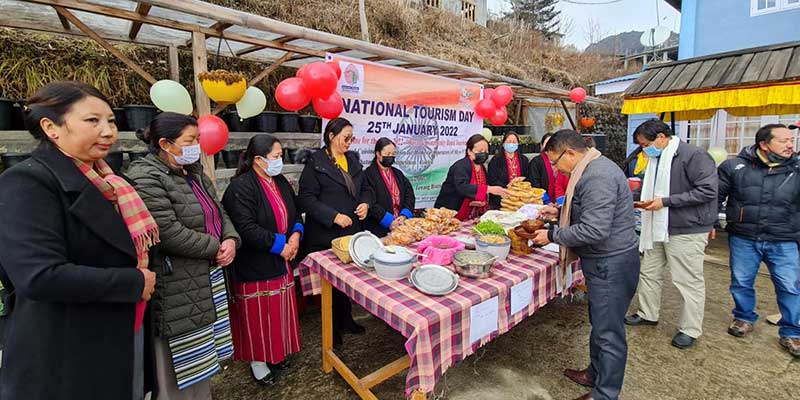 TAWANG- National Tourism Day was celebrated today at Zomkhang Hall in Tawang. The program was organized by The Himalayan Holidays in conjunction with the Department of Tourism and Tawang District Administration under the Indian Ministry of Tourism (NE), Government of India Tourism.

Addressing the gathering as Chief Guest Tsering Tashi, MLA Tawang, informed that the day was celebrated to raise awareness of the tourism potential of the country’s tourist destinations. He said that tourism is not limited to only taxis and hotels but is one of the major growing industries which can play a major role in the economic development of society by providing job opportunities to many people. .

Addressing taxi operators, hoteliers and other stakeholders, he said that cleanliness, good behavior and honesty play an important role in the growth of tourism in a particular region, in addition to good infrastructure and traffic communications, etc.

As guest of honour, Deputy Commissioner Tawang KN Damo emphasized cleanliness and human resource training for the development of the tourism industry. He also informed that Tawang’s clean mountains and plastic-free Tawang will be prioritized and called on taxi operators, hoteliers and other stakeholders to cooperate in the mission.

In the afternoon, DC Tawang attended a local cooking competition among shyo village owners in Mandrelling Village organized by the Tawang Tourism Department.