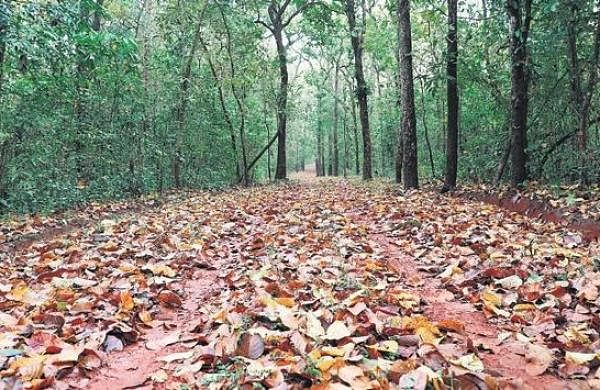 BARIPADA: After cases of wildfires got out of hand last year in and around Similipal National Park in Mayurbhanj district, the forestry department and district administration are preparing to stop such a recurrence this year.

At a meeting held recently under the chairmanship of Mayurbhanj collector Vineet Bhardwaj in the presence of all departments, an action plan was drawn up to prevent hell in the forests in the future, the chief curator informed Regional Forest (RCCF) and the Similipal Tiger Reserve Field Director (STR) Mr. Yogajayanand on Friday.

Collector Vineet Bhardwaj called on all departments to get involved and make sure the vulnerable months from January to May go smoothly. The fires in the forests are mainly due to people going in search of mahua flowers and also to anti-social people for special interests, the RCCF added.

It was decided during the meeting to rally support groups and youth clubs alongside Vana Surakshya Samiti (VSS), local PRI members, community leaders in the action plan as there is a shortage of workforce. In addition, an awareness campaign among forest dwellers and local representatives, tribal priests is underway in 130 villages near the forests, he added. Despite the use of blowers, fire lines and local labor, NGOs and youth clubs were trained in forest fire management.

At least 13 ACFs, 21 rangers, 89 foresters, 209 forest rangers and 380 protection assistants will also be on standby. A control room has been set up in Jashipur for information relating to forest fires, elephant movements, rescue of disoriented injured wild animals and their criminality.

To this end, a mobile number 7682806146 has also been made public through which incidents can be reported, added the officer. Last year’s fire inside the park and its adjoining forests for days was a major challenge for the forestry department.

Although the cause of the fire has not yet been determined, the forest service arrested around four people from different locations in Simlipal in addition to seizing boxes of matches, nets and blades used for poaching animals. .