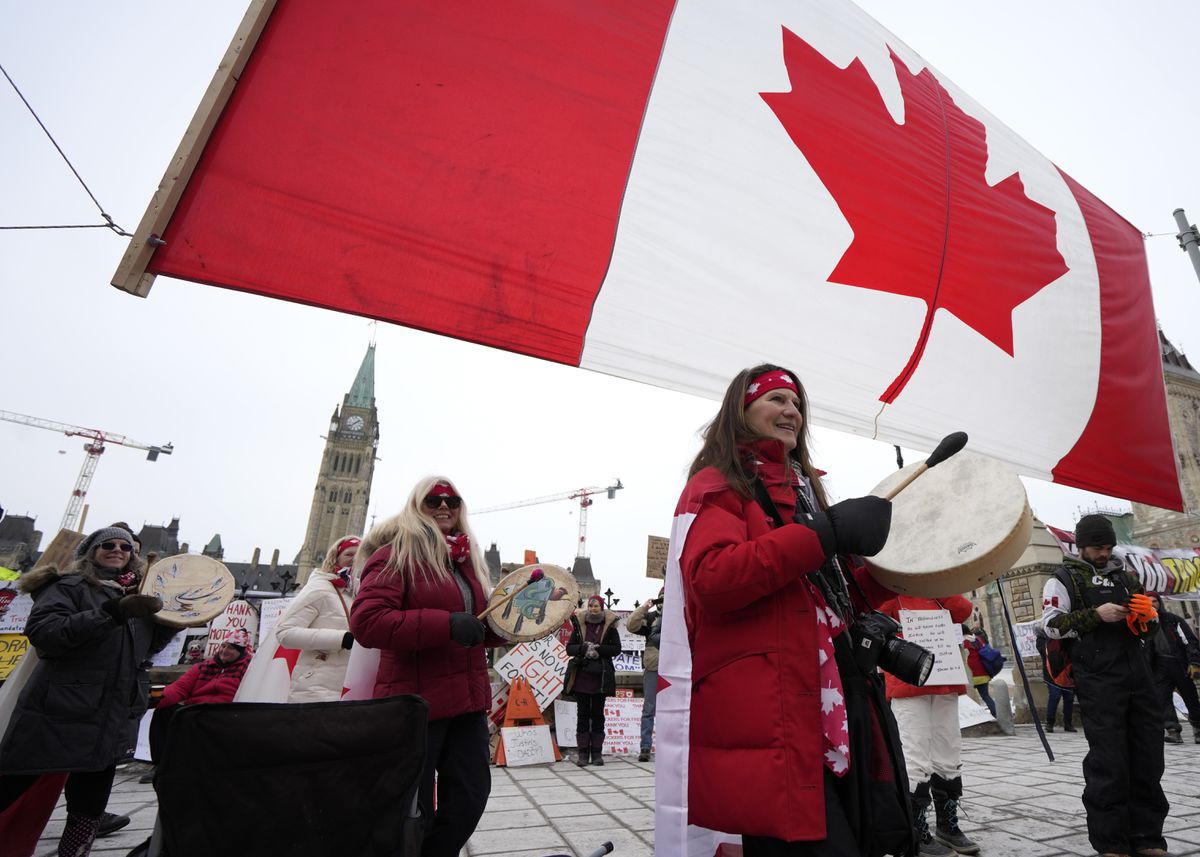 Opinion: Canada has neglected its national security for too long

The crisis caused by the truck convoy protests in Ottawa was primarily a police issue. However, it also had significant national security implications. As the dust settles, it is essential to reflect on the lessons to be learned for the Canadian security and intelligence community in anticipation of similar, and perhaps more dangerous, future incidents.

Experts have long warned that Canada faces a growing threat from right-wing extremism or, in government parlance, ideologically motivated violent extremism (IMVE). Recent events in Ottawa, Coutts, Alberta, at the Ambassador Bridge and elsewhere show that these concerns are justified, as some protest leaders were clearly driven by extremist ideology.

This raises multiple questions. Are law enforcement and intelligence agencies prepared for a possible upsurge in violent extremist events? What could constitute a “new normal”? What is the right balance in terms of the allocation of scarce resources between FMI and religiously motivated violent extremism (mainly Al-Qaeda and the Islamic State), as well as other threats such as economic espionage and foreign interference by hostile state actors? Do security agencies, from the Canadian Security Intelligence Service (CSIS) to the Financial Transactions and Reports Analysis Center of Canada (FINTRAC), need more resources to deal with this growing and diverse range of threats ? And if we were to call on the Canadian Armed Forces in the worst-case scenario – the Prime Minister effectively took them off the table this time – would they be ready and how would they be used?

It also raises questions in terms of the mandates of national security agencies. As the convoy of trucks approached Ottawa, for example, many participants were openly discussing their plans on social media. Yet intelligence agencies face severe constraints – as they should in a democracy – in their ability to “scrape” what Canadians post on Twitter or Telegram. We need to think about how to equip relevant agencies with the ability to monitor domestic extremists while respecting the privacy of Canadians. We also need to carefully review our laws after this episode, including the Emergencies Act, to ensure they can be used effectively and appropriately.

The most pressing threats to our national security call for a “pan-Canadian” response, bringing together federal departments, provincial and municipal governments, the private sector and civil society. The pandemic is illustrative: it was primarily a public health issue, but with implications for national security. Research institutions, for example, became vulnerable as hostile states aggressively sought to steal vaccine-related intellectual property. This prompted the intelligence community to strengthen its ties with universities and the pharmaceutical sector.

Yet the capacity of the national security community to coordinate and share information among itself, let alone with such a diverse array of partners, is sometimes lacking. At the highest level, the Cabinet has traditionally paid little attention to national security. Should Canada establish a departmental agency to coordinate national security policy and operations? At the very least, this would increase the level of awareness among ministers. More generally, there is a strong need for more sophisticated mechanisms for the three levels of government to cooperate – and including, where necessary, the private sector and civil society.

Finally, there is the overriding issue of transparency. Canada’s national security community has traditionally not been open, despite recent improvements. This is expensive: less transparency means less responsibility and control, and therefore less opportunity for reform. A lack of transparency also fuels an already pervasive distrust of the intelligence community. The current debate over whether the government was right to invoke the Emergencies Act illustrates the consequences of a lack of transparency. The government has so far only shared limited information on its rationale; it relies too much on asking Canadians to “trust us”, fueling mistrust and getting the opposite of what it needs.

During the Ottawa protests, it took weeks for the federal government to be pushed into action. This reflects the absence of a genuine national security culture in Canada. Faced with limited threats, we had it easy and neglected national security, simply because we could afford it. When a crisis arose, we lacked not only the structures to deal with it, but more fundamentally, the culture – the maturity and sophistication that comes from experience. It is a luxury that is slipping away more and more. We must never go overboard and endanger civil liberties, but it is time for Canada to wake up and take national security more seriously.