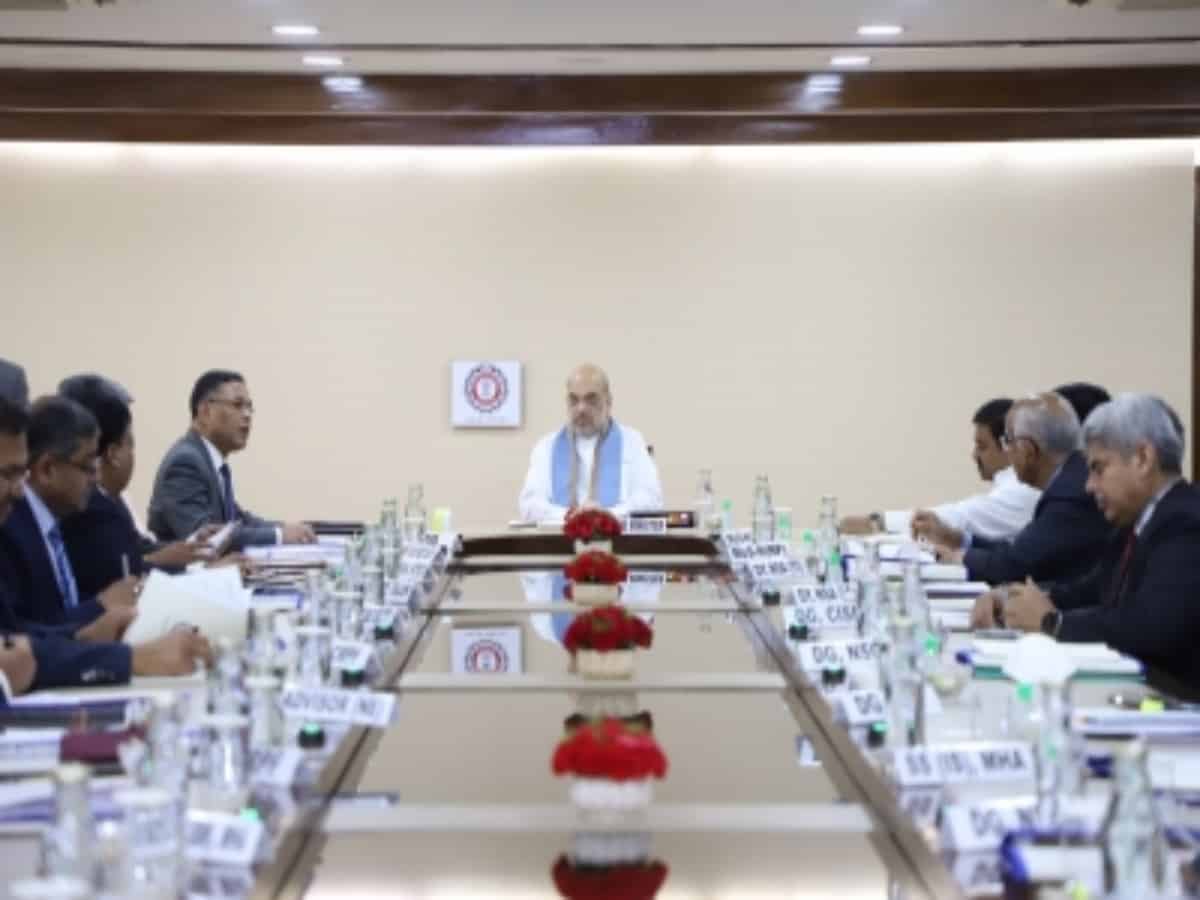 He added that States should pay particular attention to demographic changes taking place in border areas.

Addressing the DGPs of the states, the Union Home Minister said that all information related to technical and strategic importance should be shared at ground level in the districts of the border area.

Shah added that when it comes to internal security, terrorism in Jammu and Kashmir, extremist organizations in the North East and left-wing extremism were three of the biggest threats against which we managed to neutralize him.

He said that for this, the government under the leadership of Prime Minister Narendra Modi has enacted new laws, worked in close coordination with all states and made maximum use of technology.

Shah added that the entire machinery of government must contribute to bringing the national automatic fingerprint identification system to the ground level.

He also said that since Narendra Modi became prime minister in 2014, he has always focused on internal security. The security mechanism has also been strengthened to deal with challenges threatening the country’s national security.

Shah, concluding the conference, added that this is a fight for the future of the country and the youth, which together we must win at all costs.

Cybercrime and drug trafficking were also discussed in detail during this conference. Senior officials from states, union territories and security personnel were also present on the occasion.

Retailers suffer from bloated inventory as US consumers end frenzy