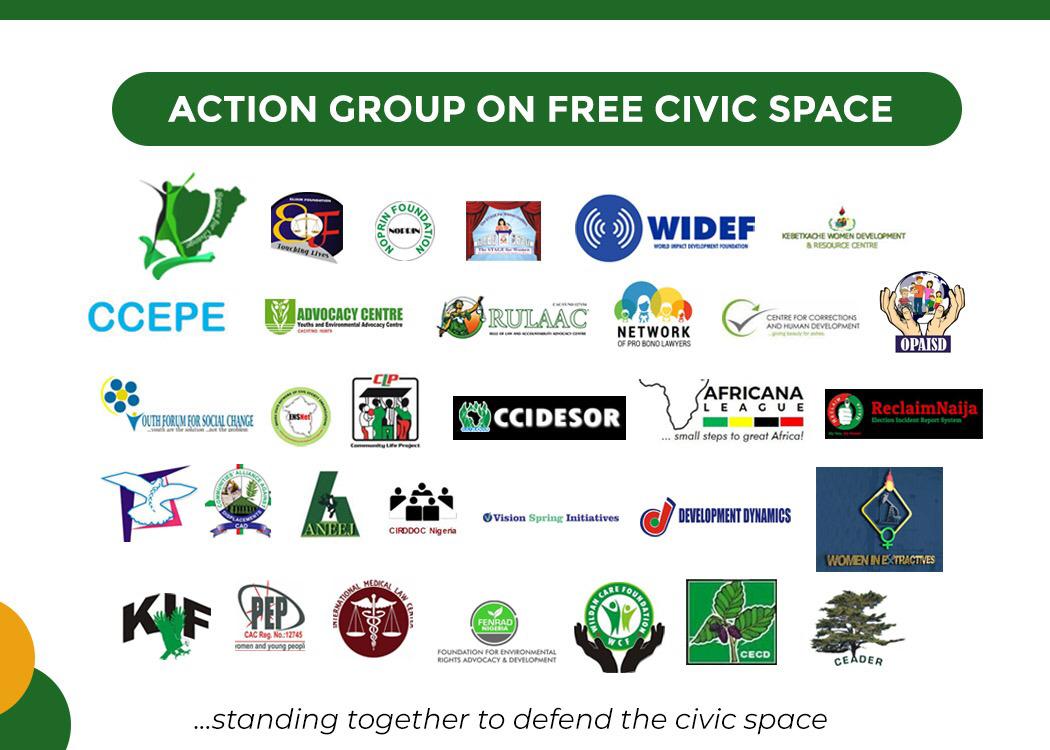 National security has become a weapon used by the Nigerian government to crush dissent, says AGFCS

A study from Nigeria civic space found that national security has become a weapon used by the Nigerian government to crush dissent.

The study, which was conducted by the Action Group on Free Civic Space (AGFCS), warned against using government security architecture to restrict civic freedom. It also advocates a balance between national security and civic freedom.

The AGFCS report was the last of the three-part joint action research titled: ‘Nigeria: Shrinking civic space in the name of security.’

The report examines the popular use of the national security architecture to constrain civil society and disable the environment for active civic participation in Nigeria.

The report, which was released yesterday, also sought to answer the question: “How can states (like Nigeria) facing multiple security challenges protect civil liberties while countering violent threats to security such as terrorism and violent extremism?

“Among this spectrum of threats, terrorism and violent extremism rank high on the risk scale and have indeed received the lion’s share of attention in terms of strategy, funding and media attention” , notes the report.

“From this expansion of police powers comes a spillover of intended and unintended consequences of law enforcement, such as increased arrests and detentions, the use of lethal force to disperse civil protests, the censorship of free speech, internet restrictions, outlawing of religious and ethnic agitators, designation of dissidents as terrorist groups, etc. In fact, the legion of security initiatives implemented across the country has increased opportunities for state security agents to abuse and suppress civil liberties and fundamental freedoms. All of this has been justified with reference to the protection of national security,” the report states.

According to the study, numerous case studies and documentation in the report demonstrate that the fight against terrorism is the most popular justification advanced for the increasing restrictions on the activities of civil society actors such as non-governmental organizations ( NGOs), aid organizations, political opponents and activists demanding government accountability for its human rights abuses.

The statement adds, “This research reveals a systematic pattern of exercising authoritarian governmental power in ways that tighten traditional and digitized spaces for civic engagement in Nigeria. Citizens, particularly civil society actors, operating in this type of environment feel repressed and find it increasingly difficult to organize, speak and meet freely.The report ends with recommendations that offer civil society actors the levers to fight against the continued misuse of the security paradigm to reduce civic space.

AGFCS calls for collaborative efforts by government, the international community, the private sector, the media and civil society to strike the much-needed balance between national interests like terrorism and money laundering and freedom civic space in the country.

The group has proposed some regulations which they include.

I. Categorical statements by the courts to define the limits of the State’s ability to invoke Section 45 of the 1999 Constitution. It is high time for the courts to intervene to clarify the exceptional circumstances in which derogations from constitutional guarantees may be legally invoked by the government or its agencies, especially when invoked in the name of national security.

From all indications, state actors fear that CSOs are being misused to carry out criminal acts in Nigeria. It is therefore necessary to reassure the government that CSOs are taking all necessary precautions to protect their integrity. This can be properly addressed by CSO self-regulation.

“III. Counter-terrorism policies and strategies in Nigeria are generally conveyed to the country through international regulatory bodies such as the FATF and UN bodies. The engagement of these bodies at the policy formulation stage can help ensure that the consequences of policies in local contexts are properly considered.