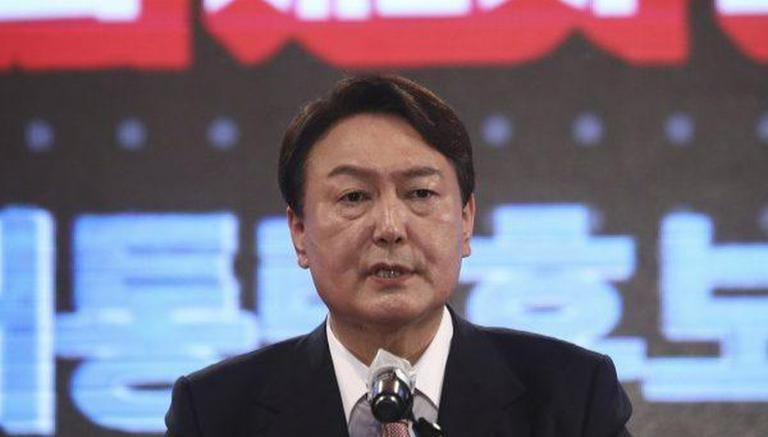 South Korean President Yoon Suk-yeol, in his inaugural address on Monday, signaled that the nuclear weapons development program undertaken by North Korea poses not only a threat to South Korea’s national security, but for all of Northeast Asia. He further offered a “bold plan” to work hand in hand with his northern counterpart on condition that he agrees on dialogue and diplomacy to “peacefully resolve” nuclear threats. After taking the oath at late hours, Yoon Suk-yeol also urged Pyongyang to embark on the path of “complete denuclearization” to avoid further deterioration of the situation on the Korean Peninsula.

“While North Korea’s nuclear programs are a threat not only to our security and that of Northeast Asia, the door of dialogue will remain open so that we can peacefully dissolve the threat,” the president said. Yoon, quoted by AP.

The new president was briefed on North Korea shortly after taking office at midnight on Monday. The former attorney general has pledged to enforce a “tough” regime against North Korean aggression, the Associated Press reported. President Yoon, however, said he was willing to come up with an “economic plan” to revive the North Korean economy.

Who is Yoon Suk-yeol?

Conservative candidate Yoon Suk-yeol was elected president of South Korea after a hotly contested election battle in March. Yeol won 48.56% against his main liberal rival Lee Jae-Myung of the Democratic Party, who obtained 47.83%, making it a major tectonic shift in the country’s politics. Yeol is a former prosecutor and lawyer. He previously served as South Korea’s attorney general between 2019 and 2021 under former South Korean President Moon Jae-in. During his presidential election campaigns, Yeol strongly condemned economic interventionism and supported economic liberalism. In November 2021, he said that if elected president, Yeol would demand that the United States redeploy tactical nuclear weapons to South Korea. He also added that he would be open to more deployments of US THAAD missiles in the country.

What does President Yeol bring to the table?

In addition to promoting tough sanctions against North Korea, which is in line with the United States, Yoon during his presidential campaign hinted at strengthening bilateral relations with Japan. “The problems between the two countries are not easy, but they are not impossible to solve,” he said in the context of the colonial history of the two countries. In domestic affairs, while Yoon said he would step up actions to mitigate COVID-related threats, on the other hand, he plans to scrap the Ministry of Gender Equality. Yoon blames “feminism” and women’s growing assertiveness for rights has led the country to experience low birth rates, according to the Korean Herald. Last but not least, the South Korean president also plans to set up a government body to reform business investment and ease labor laws to provide more flexibility for workers.