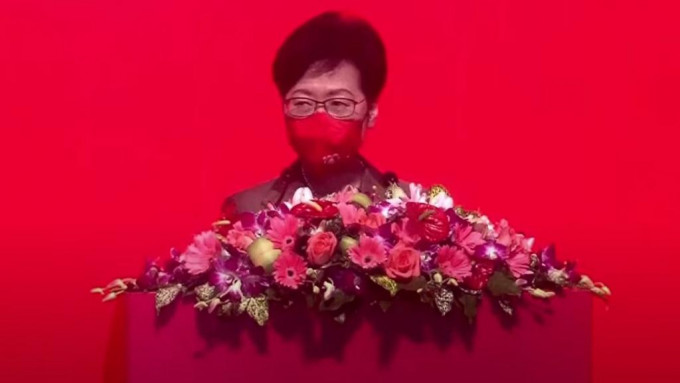 She said at the 120th anniversary ceremony of the pro-Beijing newspaper Ta Kung Pao that the media are responsible for information gathering, analysis, comparison, commentary and advocacy, while actors in industry must facilitate healthy discussion and social progress.

Lam said Hong Kong has been through a lot in recent years and the city is now back on the “one country, two systems” track after the central government introduced two major measures, namely the national security. and improving the electoral system.

She said that in addition to monitoring government administration, the media should also consciously safeguard national security, abide by the law, convey national security messages, and provide accurate, comprehensive and unbiased information.

Luo Huining, director of the Beijing Liaison Office in Hong Kong, read a letter written by President Xi Jinping at the ceremony. Xi said Hong Kong needs a patriotic and responsible media to uphold the truth, and he hopes the media will continue to uphold the patriotic tradition.

New chief executive John Lee Ka-chiu stressed that there is no limit to freedom of the press as long as it does not violate the law and that the criteria would be the same as those of the countries advances. He said Hong Kong is a place where information is well developed and the media is booming.

“Freedom of the press is protected by the Basic Law and is consistent with international covenants on civil and political rights,” he said.