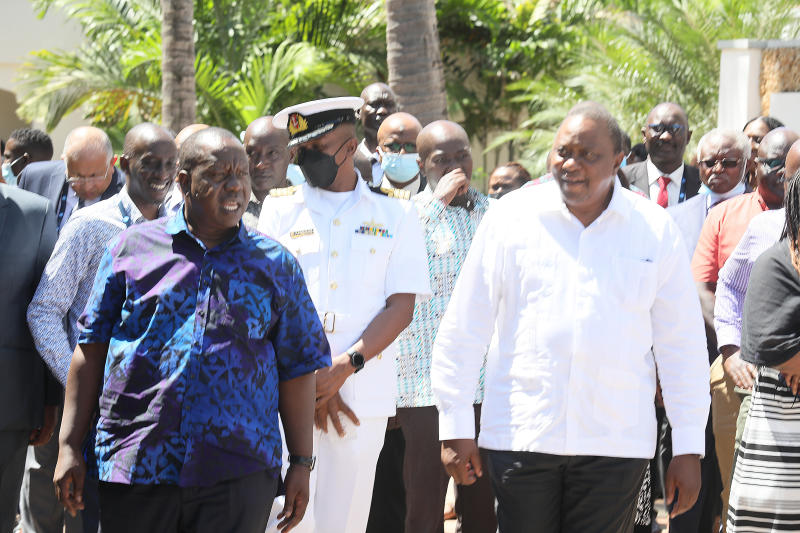 Uhuru: Corruption is a threat to national security, requires continuous monitoring and reporting

He called on judges, prosecutors, civil servants and politicians to be bold in the fight against corruption.

“We are prosecutors, magistrates and presidents and we must not turn a blind eye to corruption. My prayer is that we become people of integrity who look each other in the eye and face corruption. Don’t hide behind your independence,” Kenyatta said.

Kenyatta called on prosecutors to maintain integrity in their fight against international organized crime and corruption.

The President said today’s criminals and their networks are using advances in technology and increased interconnectivity to advance their agenda both locally and internationally as the government catches up to emerging crime.

He said governments should adopt bilateral and multilateral agreements with the aim of mutually investigating and prosecuting emerging international crimes.

“An important additional consideration for our effort includes cooperation in the areas of border security and raising public awareness of transnational crime as a threat to national security in order to gain our citizen participation,” Kenyatta said.

Kenyatta said criminal agencies in the region must adopt a proactive approach to identify, trace, freeze and confiscate funds and proceeds of crime and remove financial incentives and monetary benefits from crimes.

“The theme invites us to reflect on the need to innovate in our strategy, our intervention and our respective operations. We must rededicate ourselves to fighting international crime and do so collectively in a collaborative manner that upholds core values,” Kenyatta said.

According to estimates by the United Nations on Drugs and Crime, illicit income and proceeds of crime account for more than two trillion dollars worldwide each year.

The President said that Africa loses $88.8 billion in illegal financial losses each year, which is equivalent to 3.8% of the continent’s gross domestic product (GDP).

“Indeed, our continent continues to lose more wealth every year than it gains by at least $40 billion. This clearly demonstrates why the war against corruption and transnational organized crime is a worthwhile investment for our governments,” Kenyatta said.

He said the resources that Africa is losing would otherwise benefit the development agenda and help create a great future.

The President said other nations should adopt Kenya’s multi-agency approach through constitutional and cross-border cooperation to tackle transnational crime.

“Transnational organized crime requires concerted efforts and the cooperation of all nations in the prevention, investigation, prosecution and asset recovery segment of the justice chain is essential to maintaining formal and informal dialogue and working closely collaboration,” Kenyatta said.

He said that due to the complex and ever-changing nature of crime, continuous education and training is necessary to stimulate and foster the field of identification and prevention of criminal activity.

“Our ability to deliver justice is unfortunately not changing as fast as criminal activity,” Kenyatta said.

He said Kenya has increased its budget allocation to the DPP and other training institutions like the Prosecutors Training Institute.

Kenyatta said there is a need to integrate and harmonize laws within the EAC relating to illicit trade and information sharing and formation of a regional database.

DPP Noordin Haji said the government allowed the directorate to operate as an independent office, which enabled it to dispense justice.

Haji said the allocation of resources by the government has enabled the unit to fight international crime.

“Strengthening the police system has enabled us to function well and the political will to allow statutory agencies to operate has enabled us to launch and achieve huge success in criminal prosecutions,” Haji said.

“DPP has done a good job. In 2013, there was not much to say about the institutionalization of the ODPP. We can now see the difference. We are here because of political goodwill and the rule of law,” Matiang’i said.