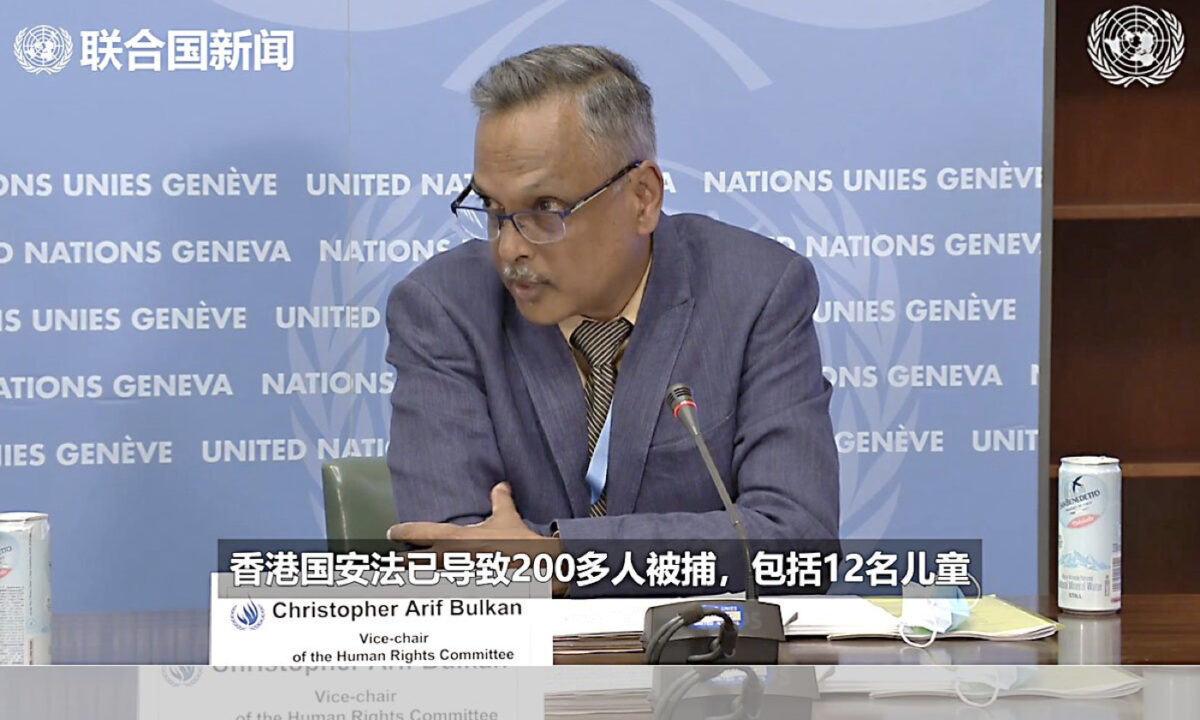 The United Nations Human Rights Committee has issued a warning about the deteriorating human rights situation in Hong Kong and urged the Hong Kong government to abolish the NSL and release all dissidents who have participated in the event in 2019.

The Hong Kong government is a signatory to the International Covenant on Civil and Political Rights (ICCPR).

According to the convention, the United Nations generally reviews Hong Kong every four years and submits reports of findings and opinions.

This is the first report on human rights in Hong Kong after the enactment of the NSL on June 30, 2020.

The Committee expressed deep concern over the overbroad interpretation of the NSL, which was adopted by China without consultation with the Hong Kong public.

Since its enactment in 2020, the NSL has reportedly led to the arrest of more than 200 people, including 12 children.

The Committee pointed to the NSL’s shortcomings, including lack of clarity on ‘national security’ and the possibility of transferring Hong Hong cases to mainland China, which is not a state party to the Covenant, for investigation. , persecution, trial and execution of sentences.

The Committee urged Hong Kong to take steps to repeal the NSL and, in the meantime, to refrain from applying it.

The excessive power of the Chief Executive and other measures provided for by the NSL can effectively undermine the independence of the judiciary and the procedural guarantees of access to justice and the right to a fair trial.

A setback for the Hong Kong government

“The report is quite different from the past, the wording is very tough and simple,” said Eric Lai, a researcher at the Asian Law Center at Georgetown University Law School.

Eric said the Committee also mentioned in an unprecedented way the concerns of harassment, intimidation and physical assault faced by lawyers such as Chow Hang-tung, who have sought judicial reviews or represented prominent figures in the world. opposition or demonstrators.

“It is very powerful and unusual for the Committee to urge the abolition of the NSL,” Peter Dahlin, co-founder of the international human rights organization Safeguard Defenders, told Radio Free Asian.

“This report is undoubtedly a setback for the Hong Kong government.”

The Hong Kong government is disappointed

On the evening of July 27, the Hong Kong government responded by saying that the Committee had made “groundless criticism” against Hong Kong, which was very disappointing.

He said Hong Kong residents are happy to see that the city now continues to be an open, safe, vibrant and business-friendly metropolis.

Alex Chow Wing-hong, former general secretary of the Hong Kong Federation of Students and current chairman of the Hong Kong Democratic Council (HKDC), told Radio Free Asia that the Hong Kong government’s response was “absurd and ridiculous”. and undermined the essential values ​​recognized by the world.

“The government in Hong Kong is becoming more and more like the Chinese Communist Party,” Alex said.