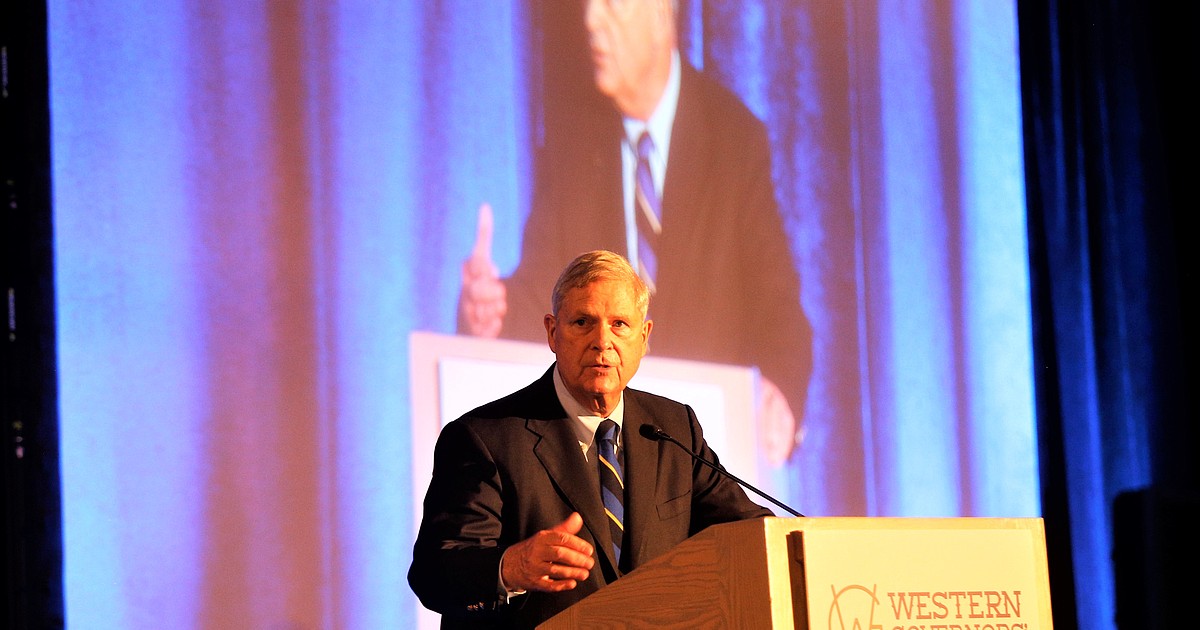 HEART OF ALENE – The death of a Post Falls man, who died in a helicopter crash while fighting a fire, has been cited as motivation for federal and state governments to do everything possible to minimize forest fires.

Agriculture Secretary Tom Vilsack said the loss of Thomas Hayes, 41, of Post Falls, and Jared Bird, 36, of Anchorage “highlights the important work we need to do to try to reduce the risk of forest fire.

“This is obviously a very tragic circumstance and situation and I just want you to know that our thoughts and prayers will continue to be with the families of those who have been lost,” he said.

Vilsack spoke at the Western Governors Association meeting at the Coeur d’Alene Resort on Tuesday about the challenges facing Western communities and how states and the federal government can work together to improve the lives of residents.

The two pilots were aboard a CH-47D “Chinook” series helicopter when it crashed into the Salmon River near the town of Salmon on Thursday. The military veterans were employees of Anchorage-based ROTAK, which owned the aircraft and had been contracted to help fight the Moose Fire which was burning about 21 miles north of Salmon.

While Vilsack talked about education, school nutrition, the creation of regional business centers and more than a billion dollars to provide better access to high-speed Internet, much of his 12-minute speech focused on is focused on forests.

“We owe it to Western governors, to those who live, work and raise families in the western part of the United States, to do what we can to reduce the risk of these catastrophic fires, and that obviously starts with doing better job of managing our national forests,” he said.

And it requires a strategy and the resources to reduce the buildup of dangerous fuel, “so that ultimately we are better positioned to prevent loss of life or loss of property and to provide greater opportunities for those who love our forests.

He said the federal government plans to invest hundreds of millions of dollars in 10 priority landscapes that have been identified, and that more such landscapes will be announced.

He said they also need to recruit and retain more firefighters for the Forest Service.

“We know that your economy is largely dependent on the recreation and opportunity in our forests,” Vilsack said.

He added that they are looking for ways to include these recreational opportunities in more than 500 projects funded by the Great American Outdoors Act.

Vilsack said the Department of Agriculture recognizes the importance of finding innovative ways to use wood extracted from forests and bringing back an opportunity for more milling.

“Our goal is to be good stewards,” Vilsack said.

He added that they also offer financial incentives for finding “cutting edge” proposals.

The Department of Agriculture put $1 billion on the table and challenged agriculture and forestry leaders “to give us ideas and thoughts on how they might use it to create climate, smart, agricultural and forestry products”.

More than 1,050 applications were submitted, requesting nearly $20 billion in resources from the United States Department of Agriculture.

“That’s all I think people in the West benefit from and recognize,” Vilsack said. “This is an opportunity for us to put agriculture and forestry at the forefront of this climate change effort.”

“We are excited about the opportunities the West will play,” he said.