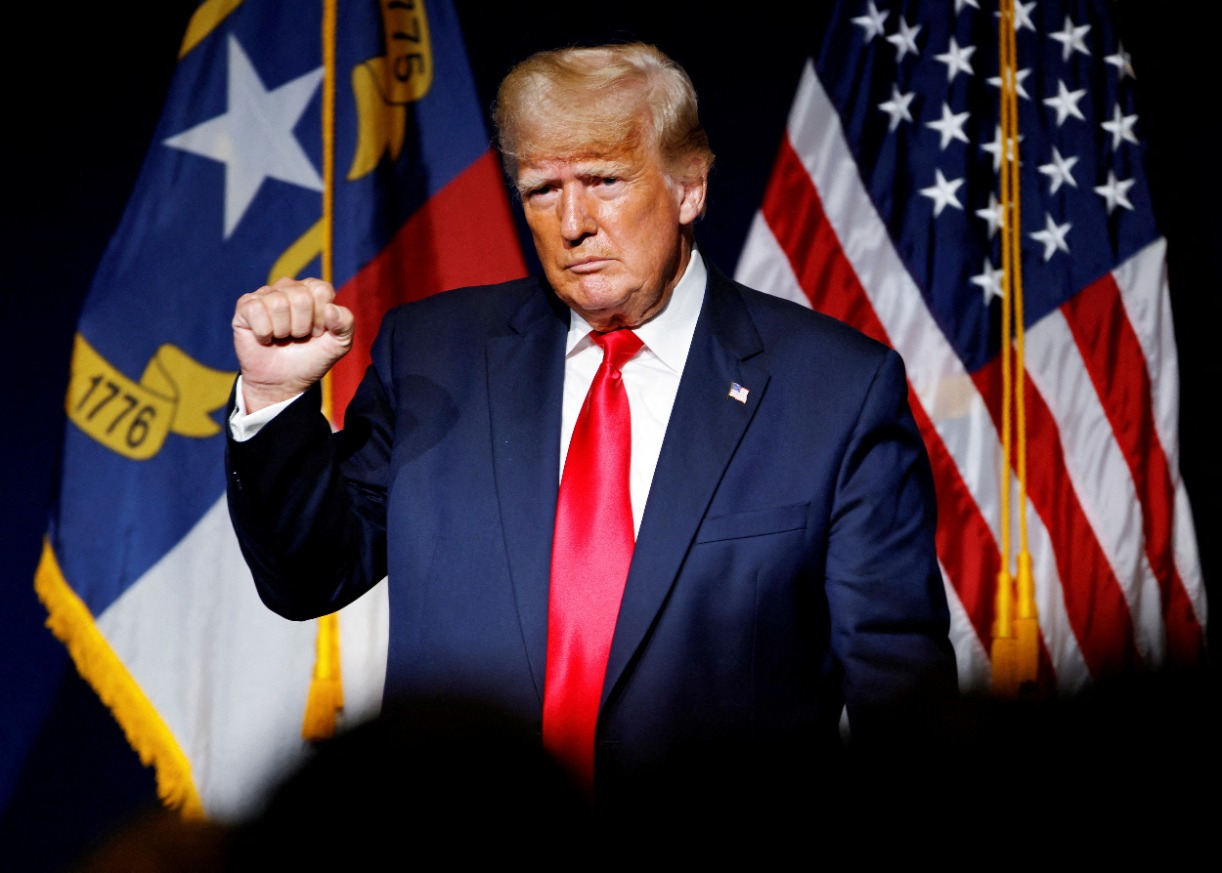 Why national security is not respected

The story of the government documents that Donald Trump hid at Mar-a-Lago continues to grow increasingly alarming about the nature material and difficulties in identifying the full extent of the resulting damage to national security. Meanwhile, a significant portion of the American body politic defends or excuses what Trump has done, looks the other way, or makes distorted attempts to What is that. The most obvious explanation for this response is simple partisan tribalism, and that’s probably the main reason.

In this regard, we are witnessing a repetition of responses to many of Trump’s past transgressions, ranging from the personal conduct recorded by the Go to Hollywood ribbon to his most serious offense, which was his attempt to overturn the result of the 2020 presidential election. But reflecting on the responses to these other episodes gives reason to suspect that other factors are also at play regarding the disregard for Trump for national security and the responses to that disregard, as evidenced by the documents.

In these other episodes, those tolerating Trump’s behavior or looking away might see offsetting benefits, from their perspective, related to the very issues the behavior raised. For example, Christian evangelicals, who made up a large part of Trump base of support, may have grimaced at his non-Christian personal conduct, but saw him serve their religious purposes by appointing anti-abortion judges and showing deference to Israel. The latter policy is considered to favor the dispensationalist theology that many evangelicals believe in. When Trump moved the US Embassy in Israel to Jerusalem – although the move further diminishes any prospect of resolving the dispute over the disputed city – he was quite candid about his motive. “It’s for evangelicals,” he declared.

Likewise, Trump’s effort to subvert American democracy with his big lie about the 2020 election is less of an offense to those in his party who don’t particularly care about democracy anyway than it is to other Americans. Anti-democratic sentiment – to be clear, it’s democracy with a small “d” – and bias towards authoritarianism have been increasingly understood in Republican Party circles, including in Congress as well as at national and local level level. The underlying perception among party members holding this sentiment is that neither demographic trends nor how party policies affect the interests of the majority of Americans bode well for future Republican prospects in free and fair elections. .

With the endangerment of national security, there is no similar apparent reward. Even authoritarian theocrats would presumably like the security of their theocratic autocracy. Again, party tribalism is the primary explanation for Trump’s tolerant behavior. The hoped-for reward of having him or someone like him in power – whether that reward consists of right-wing judicial appointments, flattery to Israel, tax cuts or other measures – does not need be substantially related to the tolerated behavior.

But there’s something else at play, and that’s a negative attitude toward the national security bureaucracy, the people who work there, and the secrecy it necessarily employs. Traditionally, most of this negativity has come from the political left, and much of it still does. This is particularly true with regard to the handling of classified information. It is above all on the left that we find those who have excused the betrayal of Edward Snowden and depicts Julian Assange as a hero.

Trump’s conduct may have done more than anything else to implicate the right in more of the attacks on a supposed “deep state,” which is often equated with the national security bureaucracy. A first and big part of it came from Trump collision with the intelligence community regarding Russian interference on his behalf in the 2016 election. Trump’s flagrant breaking of the law regarding stolen documents has led some of his supporters, who not long ago were proud to stand up for ‘law and order’ after left-wing talk of police funding, call now for FBI funding.

There must be a lot of cognitive dissonance on the right about all of this. But there is yet another background factor that is involved, and that is the degree of security threat, especially from abroad, that the nation faces at any given time. With the end of the cold war and the beginning of theunipolar momentthe perceived threat level to the United States has fallen below what it has been for decades. The 9/11 terrorist attacks caused a different kind of fear of security threats, but with more than two decades that have passed without a comparable attack or anything close to it, that effect has faded.

When the nation is not perceived to face significant and salient security threats, public and political attention to national security is less than at other times, and people are less likely to be concerned by behavior that endangers national security. People don’t care as much about how loose lips can sink ships if there doesn’t appear to be an opponent actively trying to sink their ships.

As a corollary of this dynamic, without the unifying and disciplining effect of a major external security threat felt by all, internal divisions are intensifying. There is more perceived leeway to play political games with national security. This comes full circle to this primary explanation for recent behavior involving partisan tribalism. Such partisanship explains most behavior, but partisanship itself would not be as intense as it is if perceived threats to national security were greater. Trump’s shenanigans with the classified documents would have prompted a different response amid the Cold War.

Although the security threats are not as obvious and widely felt as they have been at other times, they still exist. And reckless disregard for national security is likely to increase these threats.

Paul Pillar retired in 2005 after a twenty-eight year career in the US intelligence community, during which his last posting was as National Intelligence Officer for the Near East and South Asia. Previously, he held various analytical and management positions, including as head of CIA analytical units covering parts of the Near East, the Persian Gulf and South Asia. Professor Pillar also served in the National Intelligence Council as one of the original members of its analytical group. He is also the editor of this publication.