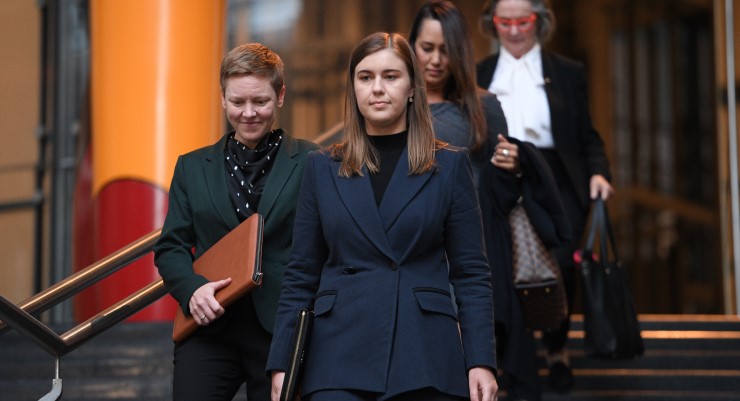 Why we need national laws to protect women, and why it’s everyone’s job to demand them

BB many of us assumed that working in Parliament must be one of the safest places in the country. Before Brittany. When I say “many of us”, I mean women. Men already know what is going on in Parliament.

Now we know how bad that is. It turns out that the crimes happen where the laws are made. Not that we’ll ever know how bad it really is. We saw six women receive an apology in Parliament on Tuesday, but we know how few women actually declare sexual violence. You do the math; this gallery should have been packed.

What does this say for other workplaces? If the place of the highest standards cannot keep them, those who do not have such protections surely do not keep them.

There were two significant findings after Brittany Higgins said she was sexually assaulted at her workplace. First, women marched for justice. Second, the delivery of a Report by Sex Discrimination Commissioner Kate Jenkins in the parliamentary workplace.

This report came on the heels of Jenkins’ report [email protected] report, which made 55 recommendations. It’s been two years and we’ve barely seen a change despite the Prime Minister’s claims that this is a government for all Australians. The most important recommendation of the Jenkins report, that of positive obligation, is still left to the states and territories.

Women are not completely safe at work, they are not even half safe. Of the 12 legislative changes recommended, only six have become law.

“I was raped on a couch in what I thought was the safest and most secure building in Australia,” Higgins began during her speech at the National Press Club this week.

“In a workplace where police and security are present 24 hours a day, seven days a week. The Australian Parliament is safe – it is safe – unless you are a woman. If what happened to me can happen there, it can happen anywhere. And that’s the case. It happens to women everywhere.

Higgins’ words struck me, because when I heard her say something very similar on the Houses of Parliament lawn almost 12 months ago, I thought wholeheartedly that it would change the nature of places of work across Australia. How could he not?

At the time, my peers and I discussed how Australian business was ‘better’ than Parliament. But that doesn’t make them good, or of a level that prevented that from happening. There is still a lot to do.

Every work culture is different, which means different protections against violence are in place depending on where you work. Navigating through the security process every time you start a new job is ridiculous. We need national laws that protect us, no matter what your current business.

Violence against women is a workplace issue, and we need to talk about it in the workplace.

There was another significant consequence of the Brittany Higgins revelations: the Prime Minister’s Office case against Higgins and her partner David Sharaz. Why is this important? This, my friends, is just another form of aggression against women. 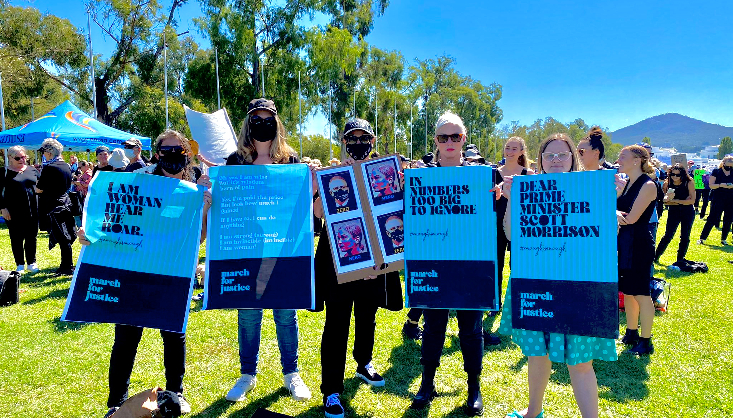 Sarah Moran was one of many women who marched for justice in March 2021. Source: Supplied.

A conversation for everyone

On Wednesday, I took a photo of the list of journalists who wanted to ask questions of the National Press Club. There was only one man. But in some ways it also shows a change. Office managers in Canberra are no longer all men: Katharine Murphy of The GuardianKaren Barlow of Australian Community Media, Lanai Scarr of western australiaAnna Henderson of SBS, Michelle Grattan of The conversation. And let’s not forget the ABC’s Laura Tingle.

Only one guy wanted to ask a question today.

Sometimes in my work I know men are waiting to be invited into the conversation. I get it: when the gender imbalance in the room isn’t skewed, it’s not clear if you have permission to get involved in the conversation. I can assure you that you don’t have to be a lifetime member of the “Male Champions of Change” waving your badge before you can speak.

Men: If you need permission, I’m here to give it to you.

If you would like a starting point to use your voice, please add your name to a Submission to the draft national plan to end violence against women and children 2022-2032.

You can literally sign your name alongside Brittany Higgins and Grace Tame, and demand specific goals and a clear path to achieve them, as well as a credible accountability mechanism for the National Plan.