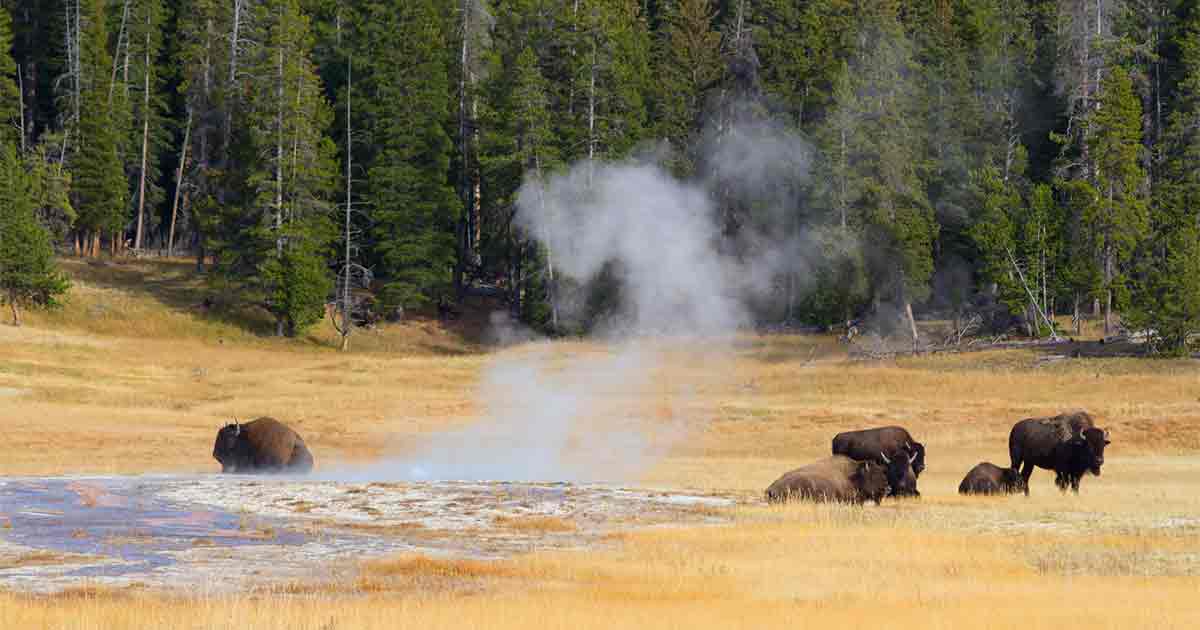 MAMMOTH HOT SPRINGS – The National Park Service (NPS) has announced a notice of intent to prepare an environmental impact statement (EIS) for a bison management plan at Yellowstone National Park.

With this announcement, the NPS introduces a wide range of actions for the management of bison inside the park. This plan allows the NPS to evaluate bison management based on new scientific information and changing circumstances, explore ways to reduce the sending of bison to slaughter, and continue to work closely together. with tribal nations and partner agencies in management.

The EIA will also consider bison management actions that may occur on lands outside of the park in Montana, while recognizing that the NPS does not have jurisdiction or control over actions such as hunting or tolerance for bison beyond park boundaries.

The goal of the EIA is to preserve an ecologically sustainable population of wild bison that is widely distributed while continuing to work with other agencies to address issues related to brucellosis transmission, human safety, property damage and to support tribal hunting outside the park.

These include:
Alternative 1 (no action, continue current management): NPS would continue bison management in accordance with the Interagency Bison Management Plan (IBMP), maintain a bison population range similar to the past two decades (3,500-5,000 bison post calving), continue coordination hunting-trapping to balance population regulation within the park using culling at Stephens Creek and hunting opportunities outside the park, increase the number of brucellosis-free bison transferred to tribal lands through the Bison Conservation Transfer (BCTP) and working with the State of Montana to manage the already low risk of brucellosis spreading from bison to livestock.

Alternative 2 (Improve Restoration and Tribal Engagement): Bison would be managed within a population range of approximately 4,500-6,000 animals after calving with an emphasis on the use of BCTP and tribal hunting outside the park to regulate numbers. The NPS can use proactive measures such as low-stress hazing of bison toward the park boundary to increase opportunities for tribal hunting outside the park. The NPS would reduce shipments to the slaughterhouse based on the needs and demands of tribal nations.

Alternative 3 (carrying capacity limited by food): The NPS would rely on natural selection, bison dispersal, and state and tribal harvests in Montana as primary tools to regulate numbers, which would likely range from 5,500 to 8,000 animals or more after calving. Trapping for slaughter shipments would cease immediately. The NPS would continue captures to maintain the BCTP as in alternatives 1 and 2.

A 30-day public comment period also began on Friday, January 28. Interested individuals, organizations and agencies are encouraged to provide written comments regarding the alternatives, information and analyzes to be addressed in the draft EIA.

Advertisement – The story continues below…

Additionally, Yellowstone National Park will host two virtual public meetings during the public comment period. Attend these meetings to learn more about the plan and the planning process and ask questions of NPS staff. Details of the public meeting include:

National Security and Investment Act: Now is the time to act | Hogan Lovells